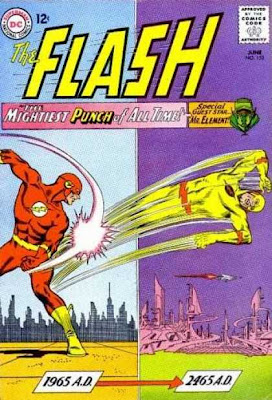 I'm reading in the early box office reports that the SCOTT PILGRIM movie is not doing well. Frankly, I'm not surprised (and not happy about that either---SCOTT PILGRIM is one of the biggest successes in independent comics of recent years). Despite the disproportionate anticipation of the film among my circle of cartoonist friends (and at SD Comic-Con), I never thought this one had a chance to top the box office (and look at what did! THE EXPENDABLES!) because if WATCHMEN (!!) and KICK-ASS (both of which have solid comic book followings) couldn't do well at the movies, I didn't think this movie based on an indie cult hit would capture the mainstream's imagination. I mean, WATCHMEN is considered by many the greatest comic book ever conceived and that still couldn't do squat for the movie version.
But here's the biggest upside: ironically, in a reverse flash of success, it is these movies---and not the big hit superhero flicks ----that are selling thousands and thousands of the comic books in anticipation of their film counterparts. People in the industry are always complaining how a SPIDER-MAN, X-MEN or IRON MAN movie does not drive enough new readers to their comic book counterparts....Meanwhile, you may remember how WATCHMEN graphic novels stormed the best-seller charts in the weeks before the movie flopped. Same with KICK-ASS.... and SCOTT PILGRIM just enjoyed massive store parties (thousands of people) with the arrival of FINAL HOUR.
So even if these movies fail to capture people at the box office, these off-beat comics are gaining a lot of readers...and that's really good for comics!
*Sorry, I've got Professor Zoom on the brain after just reading the awful, dreadful FLASH: REBIRTH.
Posted by Greenblatt the Great! at 5:31 PM

Mikey, only you would use a term like 'reverse flash' of success, then illustrate your post with a picture of Reverse Flash!!!

However, you make an interesting point of the seeming correlation between movie adaptation and source material..when it comes to independent books. Maybe the public gets interested in comics they never heard of, and want to read the book before the movie comes out.

But I couldn't be happier for Brian Lee O'Malley and the huge success he's had with wrapping up his series to rock-star-status signings. Now he's got the movie and the video game. And since he's done with Scott Pilgrim for now, he can begin his next project with this current success on his resume.

The film, by the way, was shear fun. Didn't find it to be the ironic/hipster emo-teen dramedy one might expect. It's a live action, 8-bit cartoon, with lots of humor and heart, violence, romance and crazy super bad guys! Wish the WB/Marvel flicks would be this enjoyable.