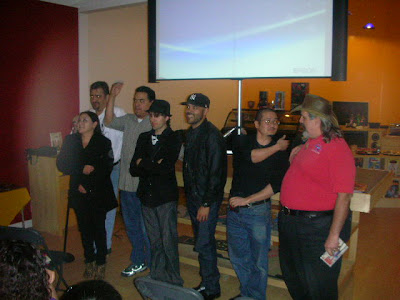 Once again, Sal at Geeks in Uptown Whittier (on Greenleaf Ave. and NOT on Philadelphia Street, stupid Google!!!!) opened up his doors to another terrific cartoonist event. And Jim Lujan, creator of cartoons such as his latest, THE LEGEND OF BOBBY CHURRO, proved the perfect host for this Cartoonistas event. It was quite the spectacle as Lujan, Ted Seko, Jose Cabrero, and other men of the pen took it to another level: animated cartoons! 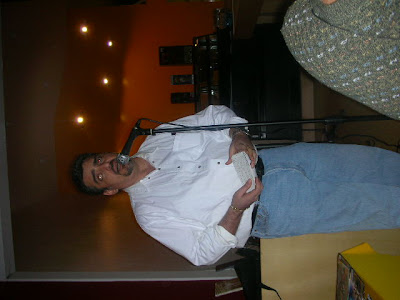 Raul Aguirre, Jr. laughed himself sideways as the emcee of the event. 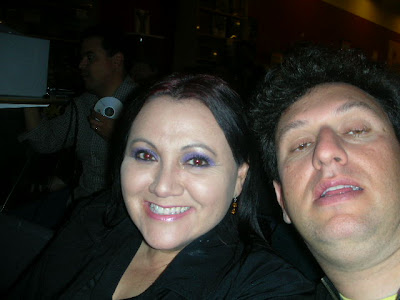 Grasiella, who always has some funny shit in the show, outdid herself with a ridiculous short that starred two Barbies working on a tech service hotline. 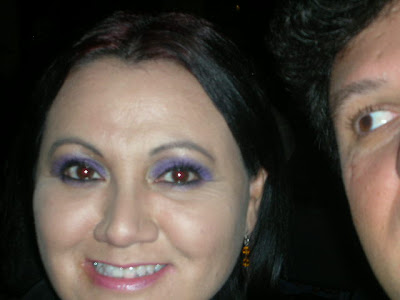 This shot is quite surreal, ain't it? Dali, eat your eye out! 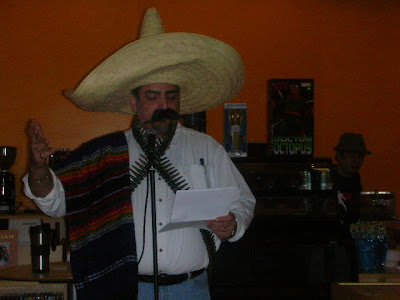 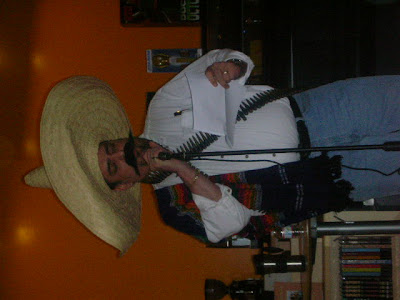 This sombrero-sporter laughed himself sideways hosting the cartoon show. He was a real Revolutionary...as were the independent cartoonists in the room! 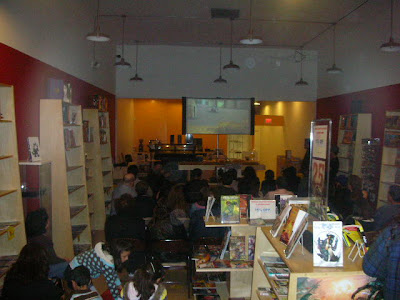 Here's the room (above). 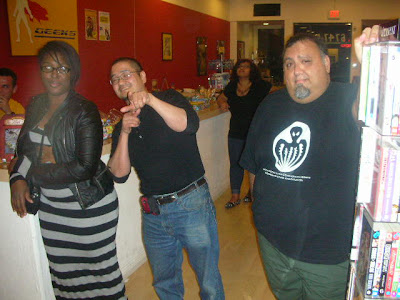 Cartoonist Bernyce Talley, the sensei Ted Seko, and Javier Hernandez the Great keep their cool, even as the paparazzi pesters them! 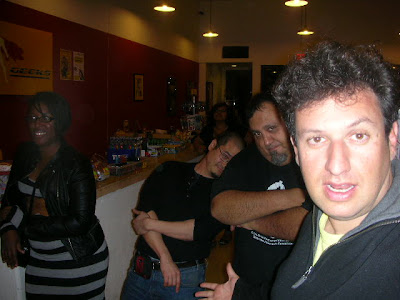 Midway through this shot, Seko fell asleep on Hernandez, and Jav tried to be polite about it. He's used to this kind of shit on airplane rides...except that the strangers usually don't drool (sorry, Ted.) 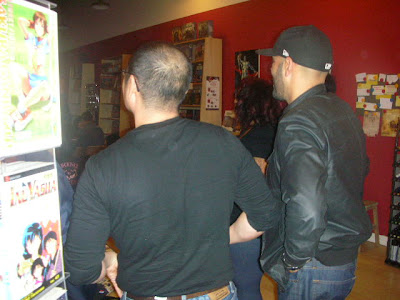 Ted Seko and Jose Cabrera take in the animated features. Whenever these guys get together, the conversation inevitably turns to this topic: 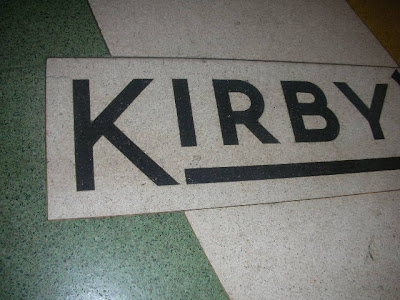 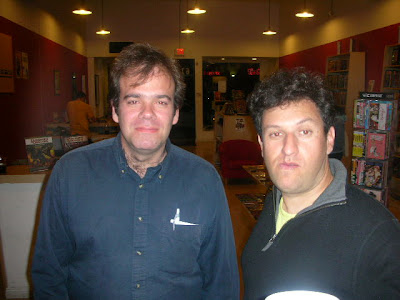 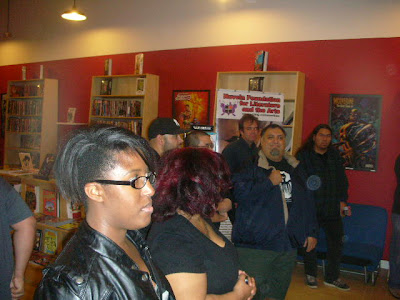 Bernyce is trying to ignore Javier as he does his Abraham Lincoln/Gettysburg Address routine. JAV, IT'S GETTING OLD! FOUR SCORE AND TWENTY YEARS AGO TODAY! OK, WE GET IT, WE GET IT!!!!!! 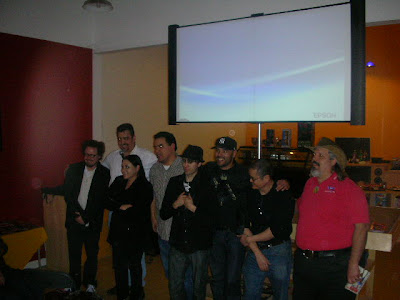 Congratulations to all of the great filmmakers who conjured up some fun-assed shorts! (And speaking of fun-assed shorts, I'm wearing Hello Kitty bermudas as I write this!!!!) 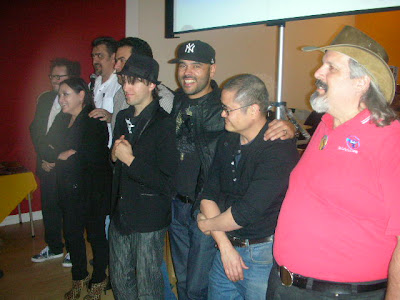 The few...the proud...the maroons! (Sorry, that joke was like from a bad issue of CRACKED!) 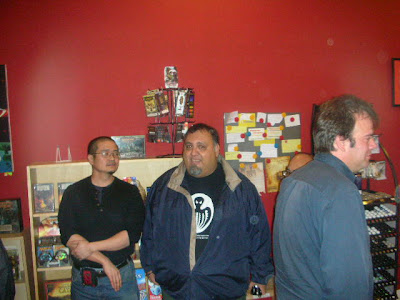 Rich Carradine decides he has had enough damn cartoons and books. 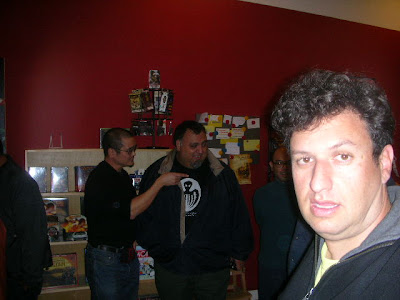 That was some good times at the show. Glad to see you again :)

Always a fun time at GEEKS! Sal knows how to throw a party!

Now that's what I call a cartoon shindig! Good to see you again Mike glad you liked the spectacle!