The first issue will feature a cover story on JACK "KING" KIRBY and an interview with widow Fran Rowe Robbins and Archie artist Stan Goldberg regarding the unstoppable FRANK ROBBINS. 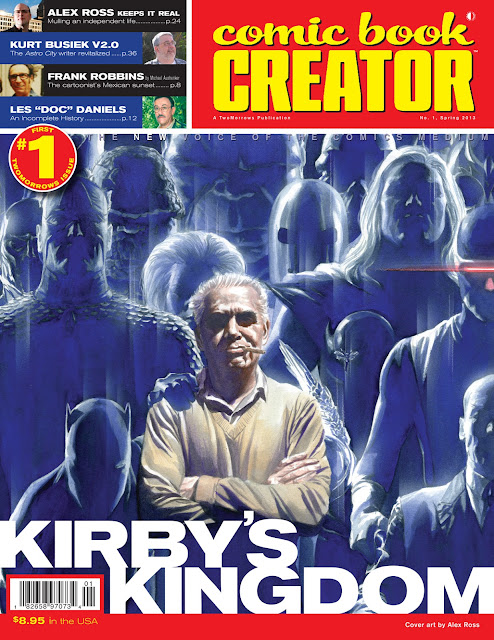 I will be the associate editor on this exciting new magazine, which will start out as a quarterly in 2013 and then go monthly in the following year. My piece on Frank Robbins will be the first of a few stories I've got lined up for the mag's first year.

Posted by Greenblatt the Great! at 2:10 PM