TROLLS has crash-landed & is NOW available for mail order.... 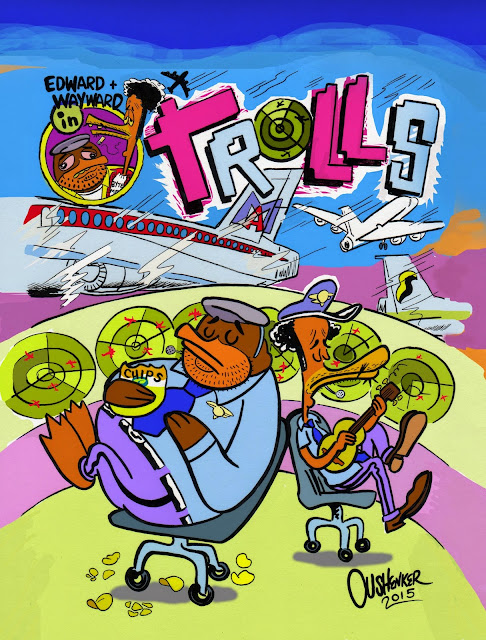 Michael Aushenker's TROLLS officially debuts at LONG BEACH COMIC-CON 2015 this September!
However, if you wanna a SIGNED & DOODLED copy RIGHT NOW, send a check for $5 plus $2 shipping made out to MICHAEL AUSHENKER and mail it to:

"Trolls" is industry slang for "Air Traffic Controllers," the fine men & women working in airport control towers who help launch and land millions of commercial airliners each and every day around the world.


For months now, I've been using my journalistic skills to infiltrate local air traffic control towers incognito, trading Playboy magazines and packs of cigarettes for the straight dope on what really goes on behind the prohibited doors inside our nation's airports' control towers. This is their story.


So meet Edward and Wayward, a couple of sitting ducks (literally!) who work in said profession. Then one Friday, because of some crazy outside circumstances, Ed and Way can not go back home to their apartments. So they decided to pull a double-shift at work within Sky Harbor International in Phoenix, Arizona, and, since their boss won't be back till Monday morning anyway, why not throw a little workplace party and invite over the girls from Security? And yeah, um, some complications ensue and things spiral out of control. 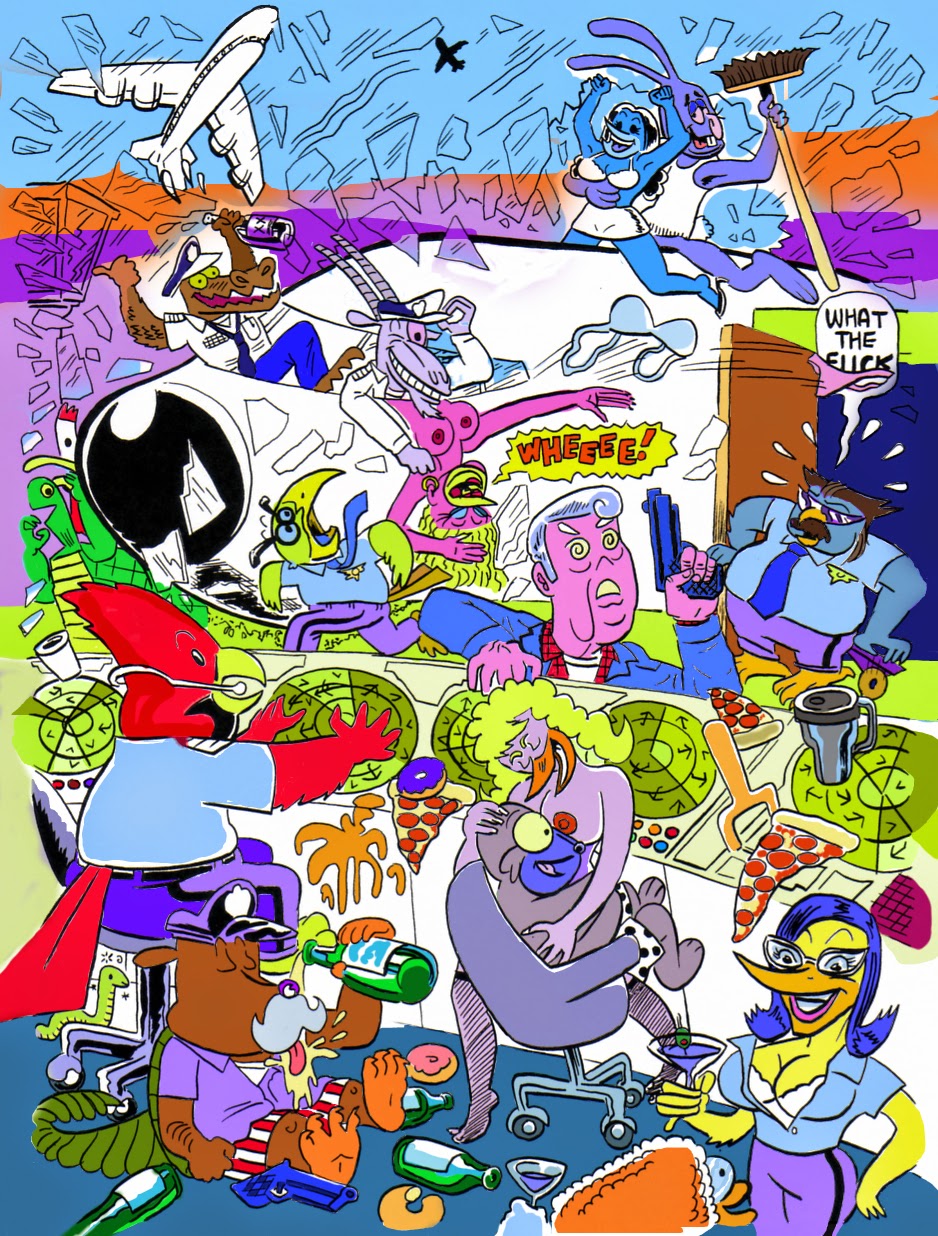 Let's be candid here: I originally intended this comic book to become the next installment of my occasional series THOSE UNSTOPPABLE ROGUES (even hinted at the plot in the last ROGUES comic I did called "McDONALD MISSION," which took place in Quartzite, Ariz.)

However, I was flooded with some new inspiration that led me to make this comic book it's own thing, featuring two brand new characters: Edward and Wayward.

I will though include some UNSTOPPABLE ROGUES material and references within TROLLS as 2015 marks the 20th anniversary of the release of the original THOSE UNSTOPPABLE ROGUES comic book (which featured a foreword by one of my favorites, Gumby & Pokey creator ART 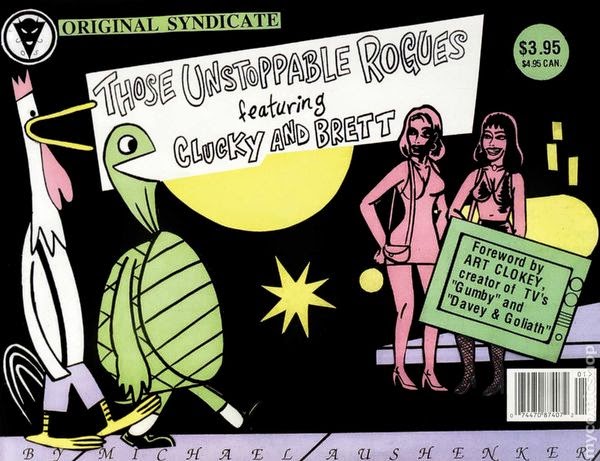 No airs here: I'm super honored to have been invited by THE DEVASTATOR, L.A.'s premiere satirical comic book magazine, to be a part of their curated humor comics section at LBCC.

So I've decided to step up the pace on production and ready my newest, most colorful funny animal book yet for September's LBCC show.

Posted by Greenblatt the Great! at 4:18 AM