PROFESSOR MRS. MINIVER ~ The Second Sequel That Nobody Really Needed! 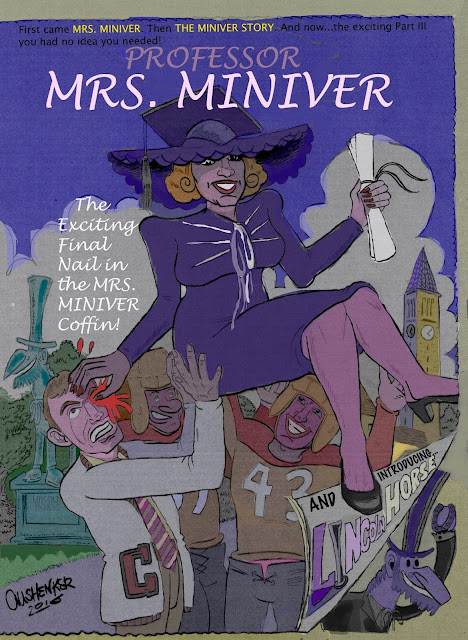 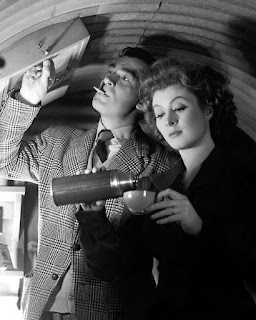 Then in 1950, THE MINIVER STORY reunited stars Greer Garson and Walter Pidgeon for the not-so-hot sequel...which bombed. And that, many people thought, takes care of that! 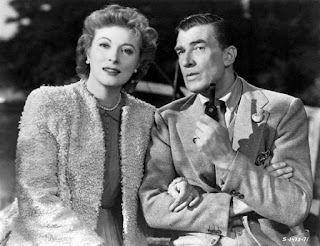 It's 2016, people, and we live in an age when Hollywood has run out of ideas and is operating on the fumes of past glories; where the sequel-slash-prequel is king!

And so, Michael Aushenker presents to you the yet-another-unneccessary sequel PROFESSOR MRS. MINIVER, in which Kay Miniver gets her education, becomes a professor at a distinguished university, and witnesses as all kinds of things in her past comes back to haunt her. Trust us, you won't want to miss out on PROFESSOR MRS. MINIVER, a full-color 20-page comic book!

So swing by San Diego Comic Fest, gethca signed copy of TROLLS and also take a gander at PROFESSOR MRS. MINIVER, Aushenker's side project to his side project book initialed TWOD, which is already on the side of completing GO, GENIUS, GO! (That's what happens when you're a rambling artist: crazy detours!)