Next time you get a headache.... 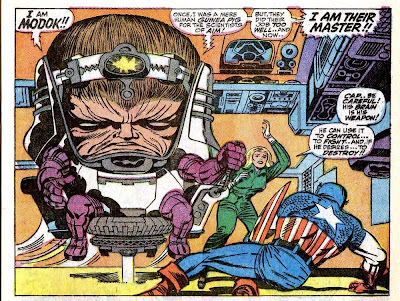 ....ask yourself: "What would Modok take?"
The end of Labor Day Weekend is just minutes away....I'm listening to a podcast of some weird radio show on which Jack Kirby is being interviewed. He's discussing Captain America, Fantastic Four, Big Barda, and the upcoming importance that the computer will play in our daily lives (this was back in 1985).
It's been fun and productive weekend. I completed two new Greenblatt the Great! strips and came up with ideas for two new ones, which I'm itchin' to get to! One of the strips was inspired by a trip to the 99 cent store, the other came out of nowhere and is so extreme, I had to laugh and say to myself: "Do it! Don't overthink it, just do it!" Both will wind up in GREENBLATT THE GREAT! #4, to be released in 2011. Here's the cover, drawn by myself and colored by my CARTOON FLOPHOUSE company compadre, Jose Cabrera: 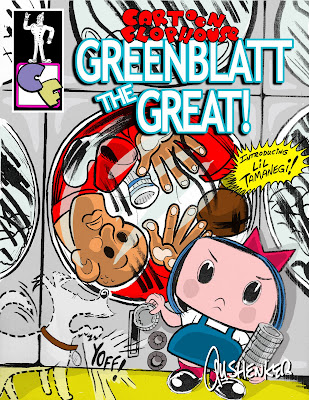