Of Wolves and Barbarians.... 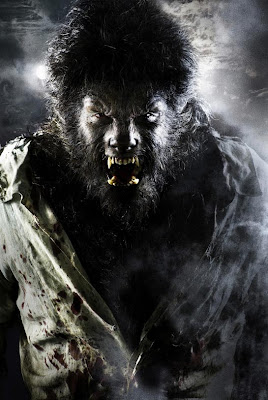 Finally caught up with THE WOLF-MAN, Benicio del Toro's, uh, pet project. I thought it was a little snoozy but overall good enough. It was a tough slog in places, particularly the slow beginning, but I enjoyed the mix of elements from the original WOLF-MAN, FRANKENSTEIN, THE INCREDIBLE HULK and, if you can believe it, a climactic battle that kind of echoed the abysmal ending of that Mike Nichols dog WOLF, but done way better here, in WEREWOLF BY NIGHT fashion. Yeah, this is as close as we can get to a WEREWOLF BY NIGHT movie that no one is clamoring for but me.
I'm not sure why the critics kept dwelling on the gore in their reviews, but I saw the unrated (not theatrical) version on DVD and while it was violent, no more so than other R rated films of this ilk. Who knows? 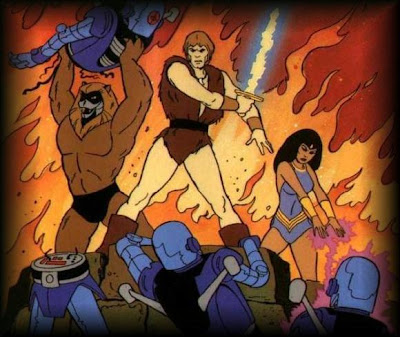 A note from a quasi-talent on the show that the complete THUNDARR THE BARBARIAN is now on DVD.
Finally, why must George Lucas keep putzing around with his STAR WARS films. 3D is not going to make those last three clunkers better. Is this guy ever going to get over STAR WARS and INDIANA JONES and make something new ever again? A sad, creative dead end, despite all the billions he made off of lousy sequels!
Posted by Greenblatt the Great! at 7:40 AM