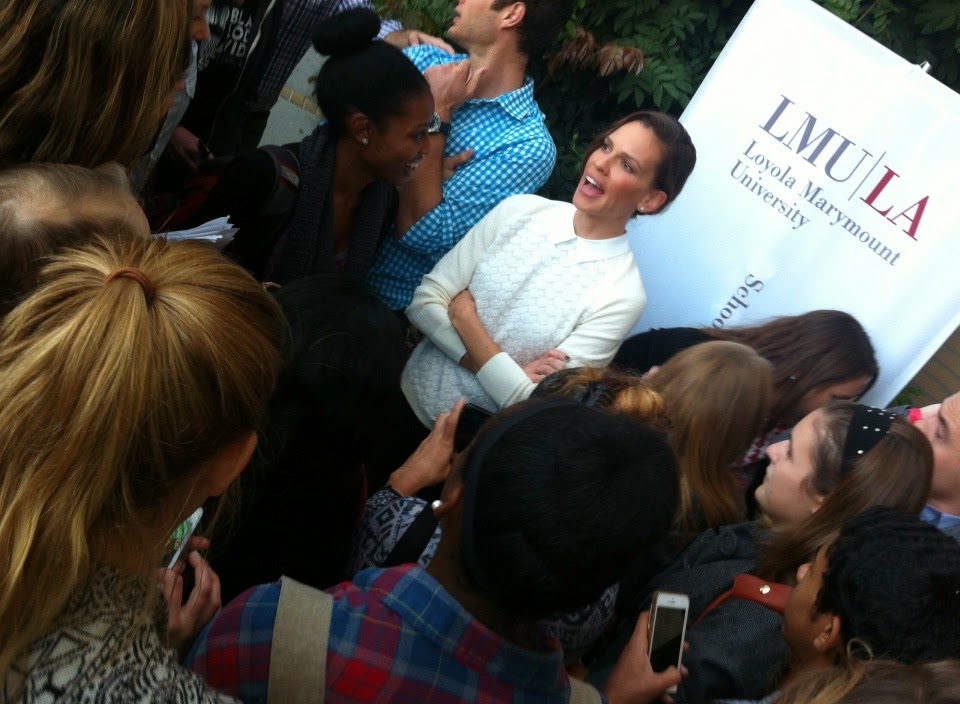 Of meeting her “Million Dollar Baby” director for the first time at his Warner Bros. office, Hilary Swank described the filmmaker this way: “He was a tall glass of water. He was refreshing and so handsome. He is Clint Eastwood.”
The actress could have used a tall glass of water on Nov. 12, when the Hollywood Reporter’s Special Features editor Stephen Galloway interviewed Swank in a conversation closing the exclusive The Hollywood Masters series for 2014 at Loyola Marymount University School of Film and Television. Swank’s voice was hoarse from promoting “The Homesman,” which co-stars director Tommy Lee Jones and came out last Friday. She asked for some cough drops and received them from a screenwriting student in the audience.
This, on top of running late because she was trapped within her own home.
“The power went out and my gates are electric,” said Swank, who nevertheless scaled said walls. “My next job is Spider-Woman!” 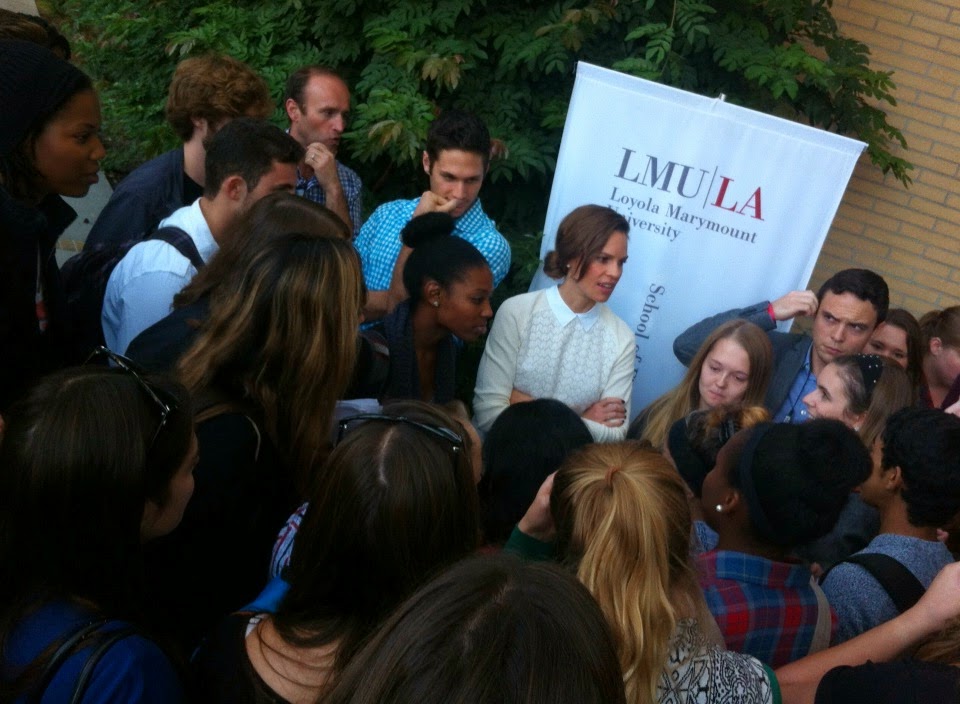 Prone to positivity, effusively espousing lines such as “There’s no biggest obstacle than ourselves,” Swank handily won over her teen audience of aspiring entertainment professionals with her upbeat nature as she recalled the classicism she experienced growing up in a Lincoln, Nebraska trailer park and how she and her mom lived in an Oldsmobile Cutlass Supreme for three weeks upon arriving in Hollywood.
But it was worthwhile. Swank landed a plum part on “Beverly Hills 90210.”
Too bad the Aaron Spelling soap had jumped the shark by this—its eighth season— and was quickly canceled. Swank was depressed.
Then, two months later, she landed the role of real-life tragic transgender figure Brandon Teena for which she won her first Academy Award.
“There are no negatives,” Swank said. “I think it is how we choose to look at it. It would not have happened if I were still on ’90210.’”
What Swank deemed “the little movie that could,” “Boys Don’t Cry” became the breakthrough film making it possible for her to work with “Interstellar” director Christopher Nolan on 2002’s “Insomnia” (“I feel like he’s not just a director, he’s a visionary”) and Eastwood on 2004’s “Million Dollar Baby,” which landed her a second Oscar.
“I felt like I was shot out of a cannon with that movie,” she said of the unlikely success of micro-budgeted indie “Boys,” for which she only received $3,000 (not even qualifying her for SAG health coverage, then a minimum $5,000).
Swank has since portrayed uber-teacher Erin Gruwell (“Freedom Writers”) and doomed aviator Amelia Earhart (“Amelia”).
“I’ve pretty much made a living out of playing real-life characters,” she said, laughing.
Proud of her “Boys,” acting opposite then-rising actors Chloë Sevigny and Peter Sarsgaard, “I didn’t know it was going to be a catalyst for a bigger talk about gay, lesbian and transgender people,” Swank said.
In fact, following her talk, she could not stick around long to chat with students because that very evening, Swank was receiving an award at Outfest, thanks to this little movie she made 15 years ago. 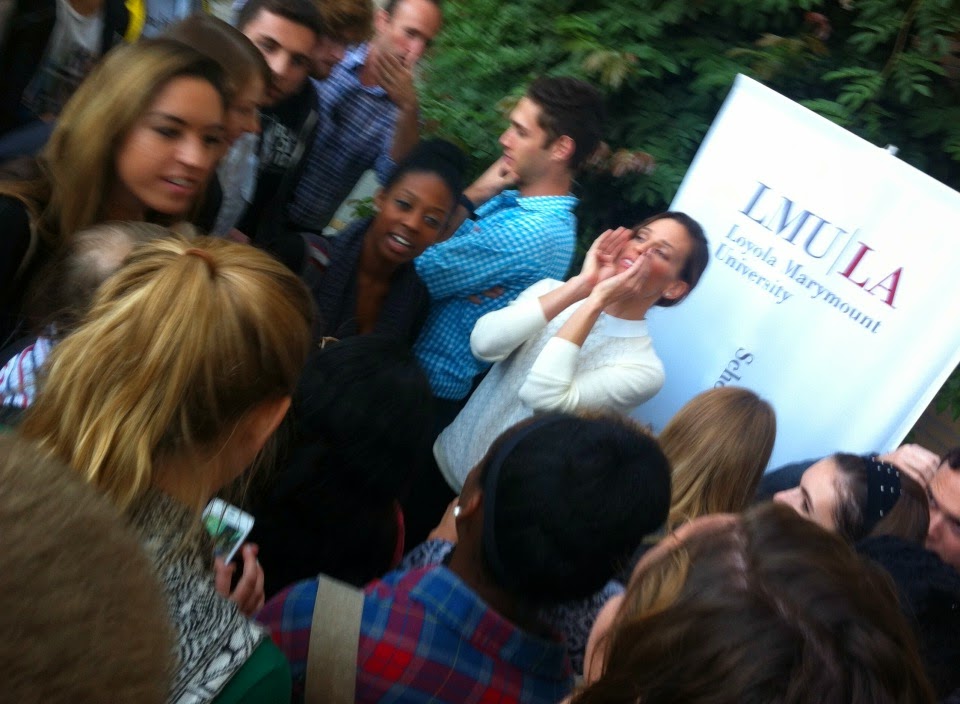