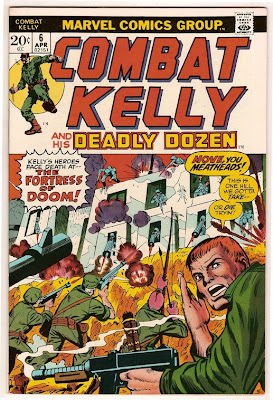 We interrupt this random tribute to FRANK ROBBINS to remind folks that today is the birthday of artist DICK AYERS. He’s a favorite of mine, if solely for his great work on the early 1970s SGT. FURY knock-off COMBAT KELLY AND HIS DEADLY DOZEN, over at Marvel Comics (he also worked on FURY and various Silver Age superhero books). 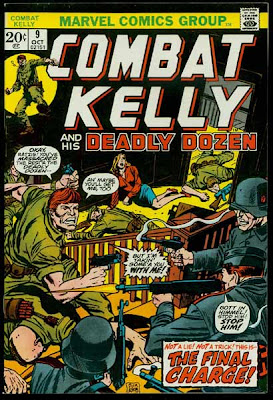 Yeah, COMBAT KELLY was short-lived and nobody read it in its day, but what a series. The stories, by GARY FRIEDRICH, were tits. What a finale (# 9)! I thought issue # 8 was intense, then you get to the final issue, which is one of the ballsiest comics ever to bear the Comics Code (I’m not going to ruin it for you here, go out and find it, it’s worth the hunt). Granted, much of the brutality was implied, but how the hell did this get past the Comics Code committee’s radar?
I don’t consider Ayers a “great” artist in the same league as, say, Neal Adams or Wally Wood or Alex Toth. He was a great journeyman artist. This guy had soul, a great house style, and a solid sense of storytelling…kind of like another favorite of mine, Don Perlin. There’s room for all kinds of artists in comics, and the Ayers and Perlins are just as important to me as the flashier artists.
By the way, you won’t want to miss BACK ISSUE! Magazine # 37, the war-themed issue, in which I interviewed Dick Ayers for my articles on COMBAT KELLY and the great DC WWII saga, THE UNKNOWN SOLDIER. Be sure to check that issue out when it arrives around November (for more info on BACK ISSUE!, visit www.TwoMorrows.com). 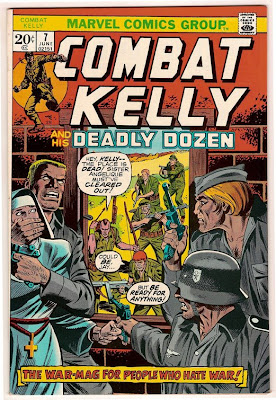 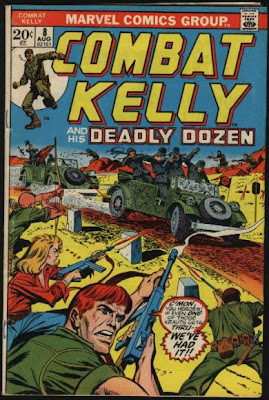 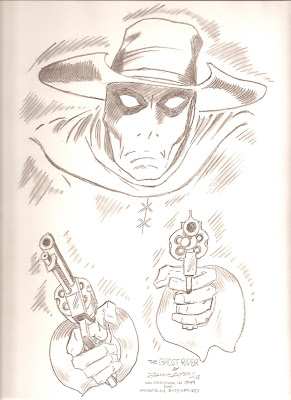 One of the great things about belonging to my local cartoonist society, CAPS (founded by Sergio Aragonés and two pals and based in Burbank, CA) is that they have an annual fundraising auction, and we usually receive incredible art at rock-bottom prices from a who’s who of masters of the field: Charles Schulz, Jack Davis, Sergio, Mort Walker, Bil Keane, Joe Kubert, Drew Struzan, on and on. About five years ago, I bid on and won this pencil sketch by Dick Ayers of his creation. I love this sketch, it’s a hoot!
Thanks, Mr. Ayers! And happy birthday!
Posted by Greenblatt the Great! at 10:02 AM