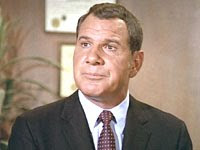 Agent Larabee from "Get Smart"

KUNDUN (1997) Saw the Martin Scorsese movie about the Dalai Lama. Learned among other things that it's pronounced Da-LIE Lama. I found it interesting in places, but I found this to be the first two acts of a movie, missing a third (not that I'd want to see a third act such as, say, GANDHI!)

The wedding episode of THE OFFICE was the best one yet this season since the first episode. The two in the middle were meh. I've noticed that my favorite episodes tend to involve Mindy Kaling as a writer (ie. "The Golden Ticket"). She must be hilarious.

Why is Paul Schneider from PARKS & RECREATION in every single movie I've rented lately (FAMILY STONE, AWAY WE GO, ASSASSINATION OF JESSE JAMES). This is starting to scare me....What if he's stalking me?

WOLFGANG PUCK BOTTLED COFFEE BEVERAGES: Undrinkable! I got four of these handed out to me at a recent event and these drinks taste insipid. Stupid names such as "Vanilla Fusion" and "Caramel Creme" can not mask the fact that these are recycled Cappio drinks! I've renamed them and repurposed them: WOLFGANG PUCK COFFEE CREAMERS.

I'm looking forward to seeing WHERE THE WILD THINGS ARE despite a mixed review already from VARIETY.

Cartoonist TED SEKO is at it again with a new comic reprinting Monster Monolith and Orgo the Ugly. Check it out!
Posted by Greenblatt the Great! at 7:52 PM