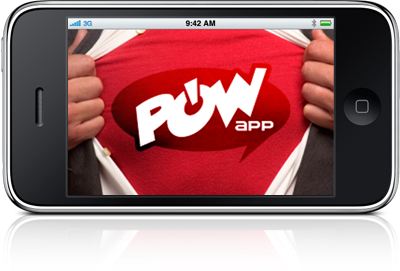 Two of my new friends, the young marrieds from Irvine, Adonna and Arvie (the cartoonist behind the hard-candy slick 'n' sweet SHADOW CANDY), have created a clever new business. It's a service called POWApp, and POWAPP.COM is where you can take your comics to the next level....getting your comics converted into a Web comic (with page-turning browser action!) or an iPhone application (which Arvie developed himself!). 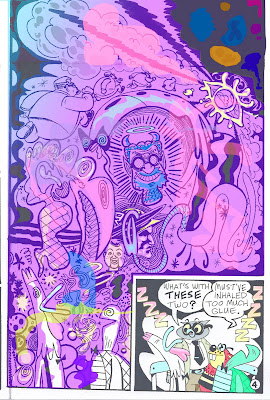 See for yourself: here is my offbeat, funky little THOSE UNSTOPPABLE ROGUES story in both formats:

Did I say "futuristic?" This comics technology is suddenly very "now," almost the norm, and may soon replace published comics altogether.

I have to admit, I come from the old school, so I personally prefer reading my comics in book form. But I'm not an old fuddy-duddy! There's no reason it has to be either/or when it can be "and" as well....Can't hurt, right?

Visit Adonna and Arvie at POWAPP and hit them with all of your questions. They're very friendly and patient!
Posted by Greenblatt the Great! at 7:43 AM