Here's a tease from the cover of my next CARTOON FLOPHOUSE comic book... 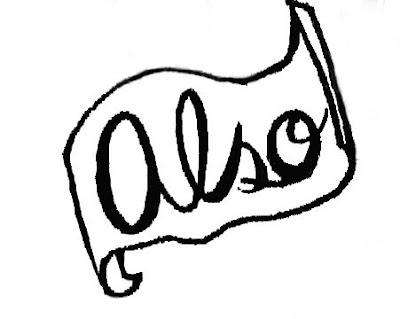 Sorry, folks! The Government doesn't tell me secrets for nothing.

I'd love to show more but I relish the element of surprise and razzle-dazzle! The book will be available in December.

By the way, this is NOT from CARTOON FLOPHOUSE FEATURING GREENBLATT THE GREAT! # 3, which I am actively working on for an APE 2010 debut. The Alternative Press Expo in San Francisco is where I like to debut my flagship book, CARTOON FLOPHOUSE FEATURING GREENBLATT THE GREAT! So that's an automatic as long as I'm in the humor comics business and absurdist bellhop gag strips are still the rage of the day!
Posted by Greenblatt the Great! at 2:54 PM

Mikey, yer even more secretive than Robin Snyder & Steve Ditko! They at least show us half the cover of the next Ditko book!!

Whatever book you put out to go with that tiny sneak peek, I'm buying a copy though.

Thanks for your support on the new book, Javy! That's one sale right there!

I'm wondering whether Ditko shared the other half of the cover with Robin! Maybe he's keeping Snyder in the dark as well! Ha, ha!

did you see this on the DM yahoo board? I kind of forgot that Ditko worked on PHANTOM 2040. That's one book I have yet to check out: