The Luge Strikes Again: DAY OF THE UNICORN!

The Luge is a major talent, and he's been doing his brand of satirical cartoons -- in glorious limited animation -- for years. And I don't mean this as a put-down--most of my favorite cartoons (by Jay Ward, Mike Judge, stuff like "Dr. Katz, Professional Therapist") employ limited animation, which often adds to the charm and comedy. The cleverness comes from the character design and voice acting, and that's certainly true with Jim's work.

Check out his latest, DAY OF THE UNICORN, featuring one of his characters, Rev. John Henry Unicorn. It's a mini-epic. 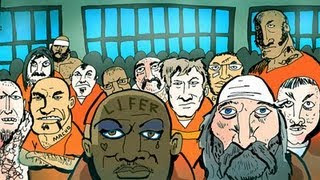 Posted by Greenblatt the Great! at 7:05 PM