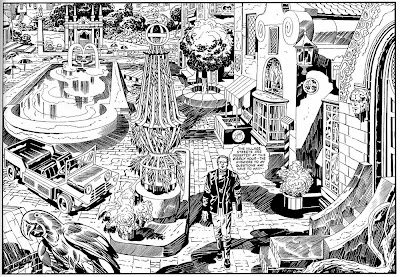 One of the "Greatest Stories Never Told" (as BACK ISSUE! magazine would dub it) was Jack Kirby's mid-1970s adaptation of THE PRISONER, one of my favorite TV series, starring (and with heavy behind-the-scenes oversight by) Patrick McGoohan as No. 6 in a sort of James Bond-meets-Alice in Wonderland scenario. 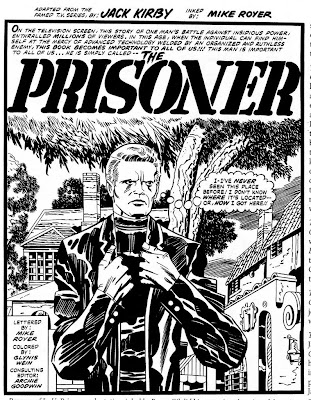 THE PRISONER is about to be adapted as a miniseries on AMC (to air next week), but I have a hunch Kirby's aborted adaptation would have been much more epic. I first came across this art in the pages of TwoMorrows' KIRBY COLLECTOR. Here's what a guy online named Klint Finley wrote about the history of THE PRISONER in comics:

"References to The Prisoner in comics are many, but to my knowledge only two licensed Prisoner comics have been attempted: one, a four-part sequel by Dean Motter and Mark Askwith, published by DC in 1988-89; the other, an unpublished adaptation from Marvel Comics, written and drawn by none other than Jack Kirby! This unfinished, seventeen-page story, what was to have been the first in a series, was created by Kirby and partially inked and lettered by Mike Royer in the Summer of 1976 (to be published in Nov. ‘76, with a Feb. ‘77 cover date). Since Marvel scrapped the project, this single episode is all that remains of Kirby’s plans for the series."

Somehow, Kirby conformed McGoohan and the look of the show into his Kirbyverse...and it seems to fit. I love how Kirby attempts a shot-for-shot recreation of one of the show's best attributes, it's beautifully long (false ending and all) trippy, opening credits sequence. (Not to be a back-seat drawer, but he left out the part where McGoohan upsets the tea cup on his supervisor's desk with a slam of his first.) 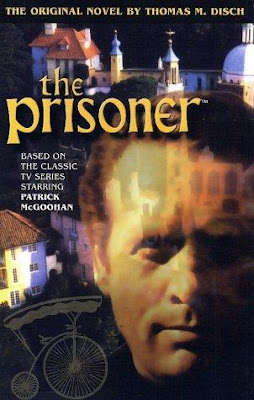 Like recently feted birthday boy Steve Ditko, Jack Kirby was not a number, he was a free man. And his PRISONER comic proved it! When that series didn't take off, he got the hell out of the Village faster than you can say "big white ball!"
Posted by Greenblatt the Great! at 6:06 AM