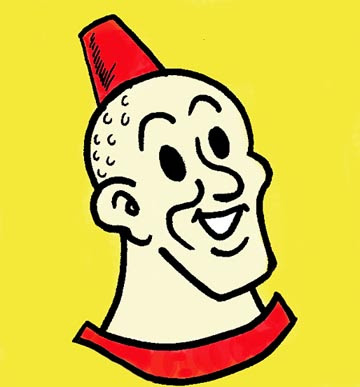 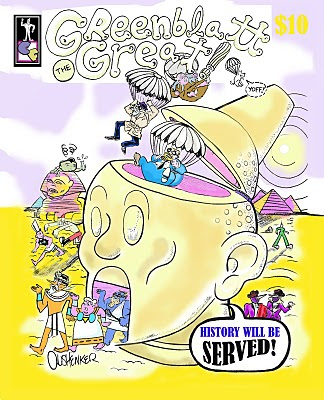 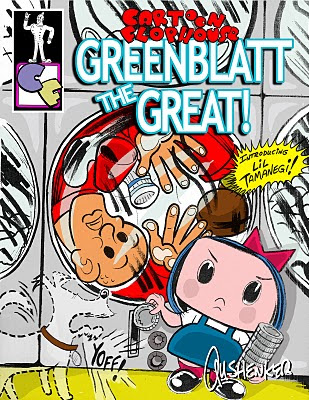 Behold! TWO new GREENBLATT THE GREAT! books will be available at APE in San Francisco, Oct. 2 and 3rd. Stop by booth #109, just for laughs!
For more information on the APE convention, go here!
Posted by Greenblatt the Great! at 10:36 AM 1 comment:

I'd like to share a story...
Ten years ago, I was working at the Jewish Journal of Greater Los Angeles as a staff writer. I woke up early and saw what was happening in NYC on TV ("The Today Show," I believe...) and so I called and woke up both of my editors at the Journal, Rob Eshman and Amy Klein, to notify them what was playing out.
The events of 9/11 happened on a Tuesday, which was the day before our paper went to press, so we had to overhaul the entire paper and cover art that day. My editors joked, "Why couldn't this have happened on a Monday?" (Gallows humor, of course...no one was happy that day).
Now it's 10 years later, and they're running the same cover of the bombed-out World Trade Centers on this week's Jewish Journal. Full circle.
Posted by Greenblatt the Great! at 9:20 AM 1 comment: 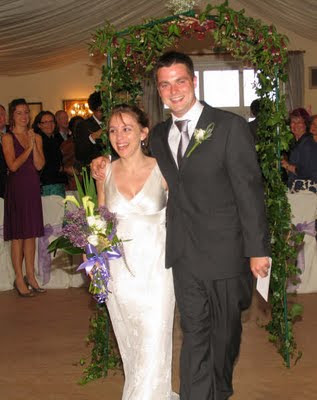 Today is her very big day during a very special time in her life (pictured here with her husband Tom). I love and miss my little sis!
Posted by Greenblatt the Great! at 11:14 PM No comments:

GREENBLATT THE GREAT! "HISTORY WILL BE SERVED!" TRADE PAPERBACK headed for APE 2011 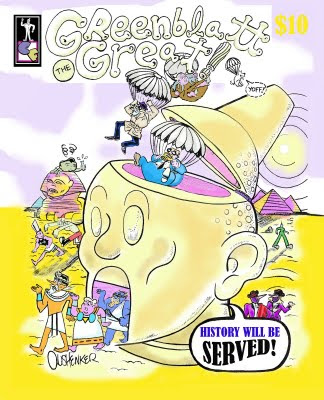 Yes, it's almost here...GREENBLATT THE GREAT! "HISTORY WILL BE SERVED!"

This book is officially at the printers and will be available at the Alternative Press Expo (APE) 2011 in San Francisco on Oct. 1 and 2......so be sure to swing by and get it.

You can also order the book by forwarding $10 plus $3 shipping to the mailing address at CARTOONFLOPHOUSE.COM: Michael Aushenker, P.O. Box 25, Santa Monica, CA 90406
... or, soon, via Amazon.com (link to come in a future post).
Posted by Greenblatt the Great! at 2:13 PM 2 comments: