THE WAR ON DENTAL, Michael Aushenker's hilarious dragons vs. dentists epic, just got a glowing review at indie comics review site OPTICAL SLOTH. To order your copy, send $5 + $3 shipping = $8 total via PayPal to:   chipmunksandsquirrels@yahoo.com    OR: snail-mail your check to Michael Aushenker at P.O. Box 3143, Ventura, CA 93006  To quote Johnny Storm: FLAME ON! 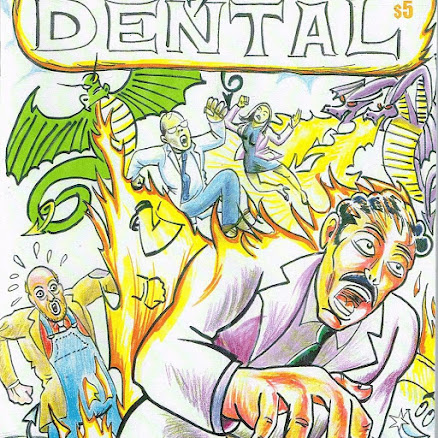 Posted by Greenblatt the Great! at 1:00 PM No comments:

Lots to announce very soon but for now keep up with Michael Aushenker's ongoing webcomic #PelicanBastards at SOLRAD.CO.

The entire saga to date is archived in the SOLRAD PRESENTS menu category.

And the introductory first chapter story arc has been collected as a comic book available signed/doodled by Aushenker. (See photographic evidence below).

So get on board, catch up with those pesky pelican partners-in-crime Ivan, Glen, Jamie & Claude and witness as FBI agent Masonry, police officers Napkin & Cajun, Police Chief Pimco and Commodore Benlulou set out to stop them! 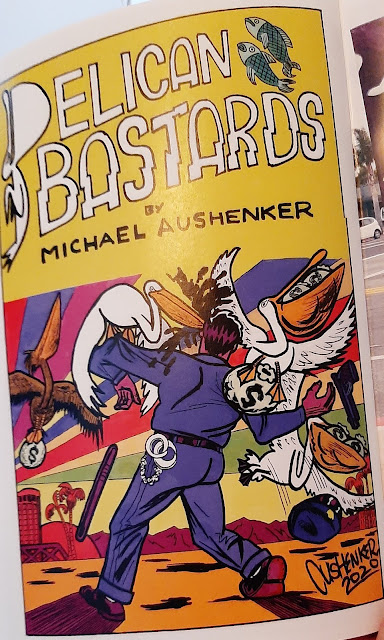 Posted by Greenblatt the Great! at 2:01 PM No comments: 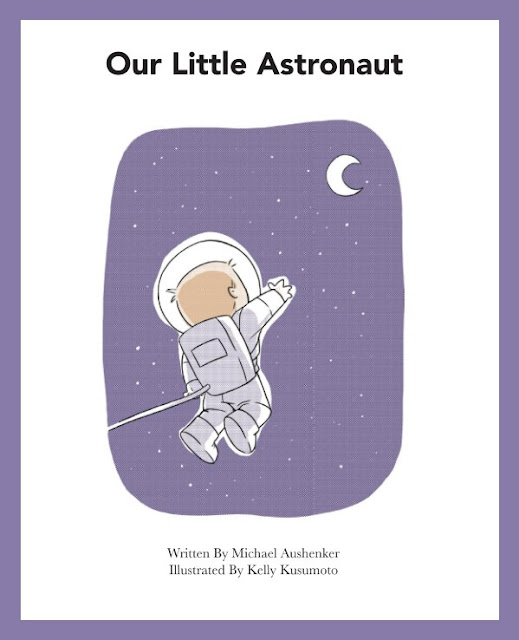 For a signed/doodled copy, PayPal $30 to:

Posted by Greenblatt the Great! at 6:14 PM No comments:

NEGA JEIL CHA-LA-GA! Yes, the 2NE1 biographical comic is coming in '21, of course!

Here is the front cover art by Sydney-based manga cartoonist Queenie Chan, who also designed our back cover. I have written the script and editor Mel Smith is currently closing a deal with an artist to draw the book. 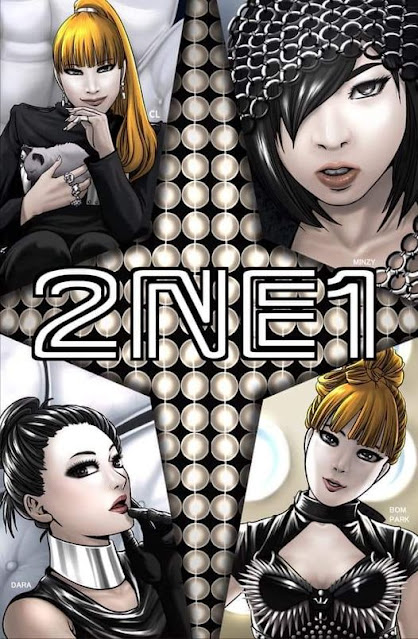 The 2NE1 comic, to our knowledge, will be the first English-language K-Pop comic book - and definitely the first book about a female K-Pop group - in North America.
So why 2NE1?
With BTS and Blackpink dominating the Billboard charts, KPOP has officially become an international phenomenon and crossed over into the mainstream...
But that's not why we are doing this book...
I started writing biographical comics for Mel Smith's Acme Ink with the first book in his line - 2014's SLAYER - a band I grew up loving and music I knew well. I followed SLAYER with a succession of comics which have sold well in shops and at comic book conventions, including EXODUS, PANTERA, ROB ZOMBIE/WHITE ZOMBIE, GWAR and METALLICA. We began to get into punk and more ecclectic groups with NOFX and SYSTEM OF A DOWN - two more comics that I wrote. I also wrote Acme's recent comics about TOOL, TESTAMENT, SUBLIME, JUDAS PRIEST and THE MISFITS. Acme also have biographical comics about IRON MAIDEN, PRIMUS, OPETH and FAITH NO MORE written by other writers.
2NE1 ruled the Asian charts from their breakout hit "Fire" in 2009 (and their actual debut in male group BigBang's "Lollipop") to their untimely breakup by early 2017 with the single "Good-bye." In-between, they had recorded four albums and scores of hit singles.
However, I was unaware of all that because I arrived at the KPOP party late.
In early 2018, while writing some of the upcoming biograpical comics on heavy metal and punk groups -- including THE CLASH, my all-time favorite group -- a friend of mine turned me on to "Hello Bitches," a badass, catchy post-2NE1 solo song and infectious video by the group's leader, CL. We were driving around Morro Bay, Calif., listening to this song on a loop.
The other big solo hit, "The Baddest Female," soon followed (with a video that was equally visual and unforgettable - you haven't really seen CL until she's rapping with herself dressed like a man in a suit with twirly mustache and cigar).
My infatuation with CL should've stopped right there but of course it didn't. I worked my way back through the 2NE1 catalogue and discovered the charms of CL, SanDara, Minzy and Bom on dozens of songs and videos across their four main albums. Each girl had her own distinct identity and function in the group: CL was the clear leader and lead rapper; Minzy could sing and rap but also was the featured dancer; Dara had the looks; and Bom Park, for sure, had the best, throatiest singing voice, often weaponized to carry the choruses and soar across the verses.
What I loved about 2NE1's music were the mad pop hooks and multiple genres - sometimes several genres successfully coexisting all in one song. What I also loved was that many of the songs were obsessed with early rap and electro-pop stylings that were no longer in vogue in America.
And then there are the fun, colorful, out-of-control videos: big-budget, lavish and Bollywood decadent in a way that English-language videos had not been for decades. They made not one but two videos for "Fire" (the street version and the cosmic version). There's also the English-language "Can't Nobody," which starts out sleek and urban, turns sci-fi-ish with cartoony robots surrounding CL before heading into a finale reminiscent of the origin of the Fantastic Four when they are in the rocket bombarded by cosmic rays.... 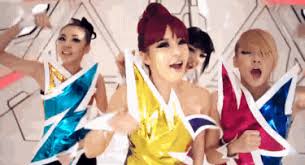 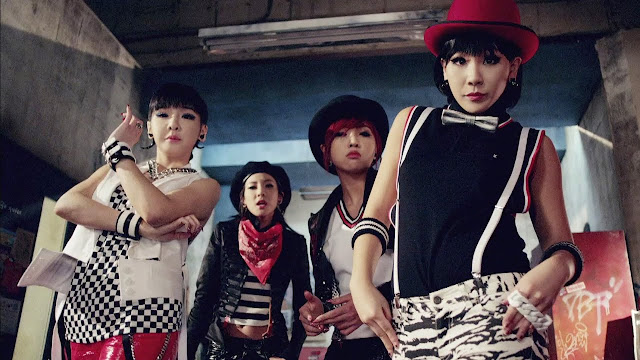 I also love the acoustic-tinged heartbreak of "Lonely," the cyberpunk vibe of their neo-reggae pop song "Come Back Home," the epic unconventional love story of Bom Park's sweeping power ballad "You & I"... 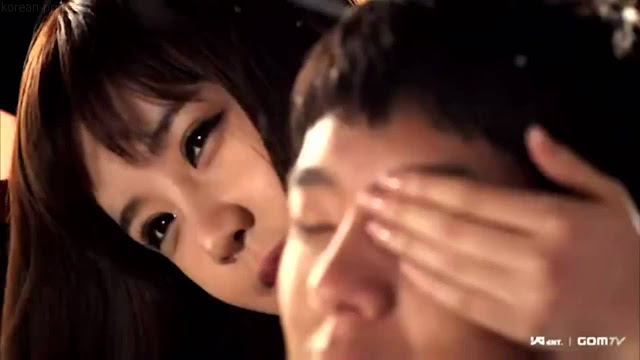 ....and the beer commerical conceit of Dara and CL turn "Kiss." "Scream," a heart-pumping EDM-style banger, is another great one.
The albums have so many excellent deep tracks that should've been released as singles. I particularly love "Pretty Boy," "Let's Go Party," the CL-Minzy tag team of "Please Don't Go" and the CL solo banger "MTBD." 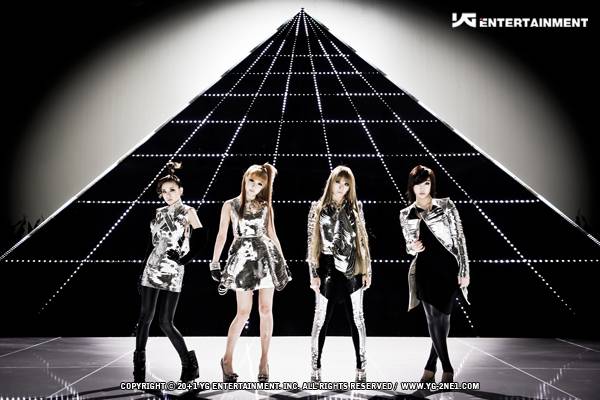 Of course, nothing beats the visual invention and scale of "I Am the Best,." a tour de force that goes from Guandam-style urban chic to glitzy black pyramids and rolling war drums to a grand finale in which punk rockers 2NE1 blast everything in sight to smithereens with machine guns. 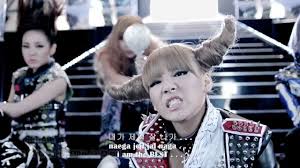 It's their signature song and video for a reason: the four girls have never looked better than in this 2010 video.
What's also astonishing about 2NE1's success story is the man behind it: Teddy Park, a male and an American from Diamond Bar, Calif., had written and produced the bulk of their songs (many from a female POV, mind you). 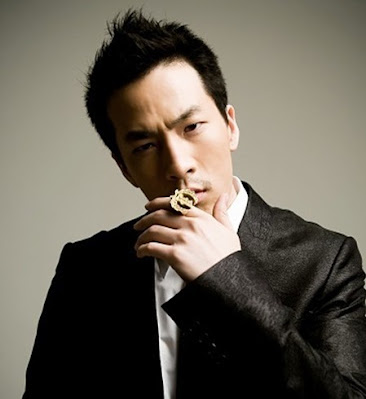 (Park, a former KPOP boy band rapper and a brilliant composer and producer, did the same for male counterparts BigBang and BigBang solo member G-Dragon and he currently does the same for newer female sensations Blackpink and can be seen in the recent Netflix documentary "Blackpink: Light Up the Sky.")
All of this blew my mind.
The further I went down the 2NE1 rabbit hole, the more amazing legends and anecdotes I found, and I knew there were great stories to be told about this legendary quartet, without whom there would be no Blackpink today.
When I originally brought up the idea of doing a 2NE1 comic to Mel in early 2019, I think he was kind of wary but he never said no. Then suddenly, BTS hit stateside with massive success, KPOP became ubitquitous, making headlines everywhere, and after that, I could hear the excitement in Mel's voice about the prospects of doing a KPOP comic.
Queenie Chan was originally supposed to draw the entire book but her rising success in Australia meant other obligations took over. However, she was gracious enought to do our front and back covers, which she did with finesse, style and elegance, capturing the energy of the group. We are very thankful to have her aboard the project, even in this limited form. 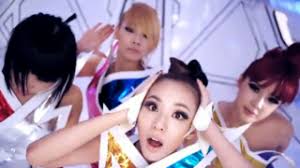 Mission accomplished. I am thrilled. And to quote 2NE1: Nega Jeil Cha-la-ga! I AM THE BEST! 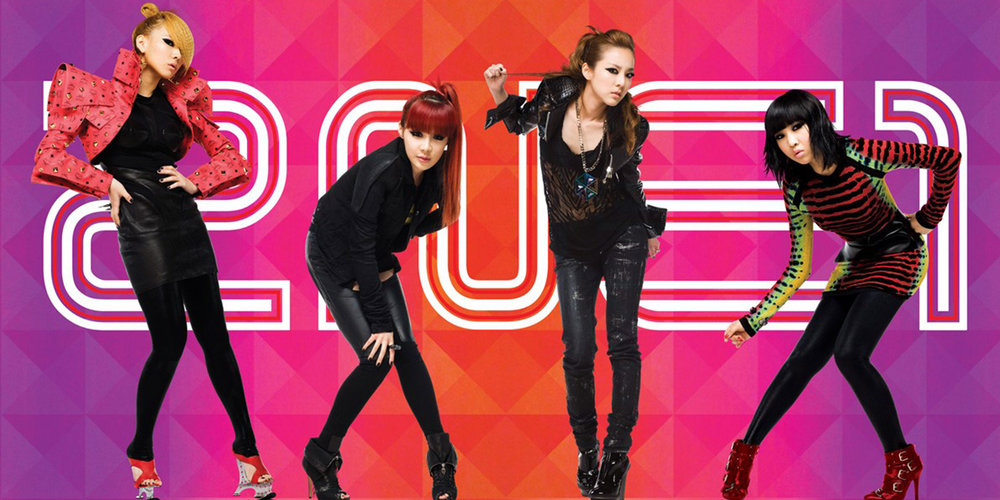 Posted by Greenblatt the Great! at 1:58 AM No comments: 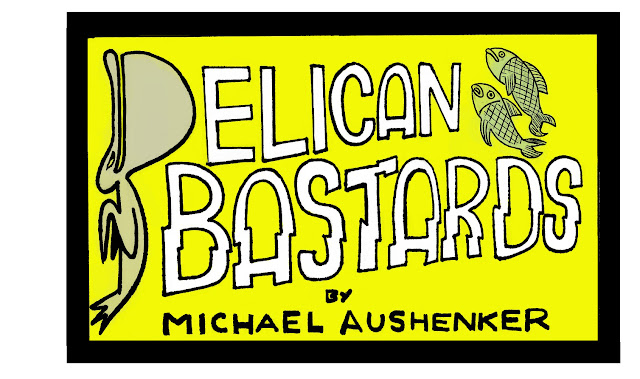 August 31 proved to be a big day for those pesky PELICAN BASTARDS.

Michael Aushenker's first-ever webcomic launched at SOLRAD.CO, where it will appear here ON MONDAYS as part of the independent comics criticism site's confederation of curated comics:

Meanwhile, on the same day, Michael Aushenker's newest comic book, PELICAN BASTARDS #1, arrived. This first issue contains a handful of the initial strips that will run at SOLRAD.CO with sequel books to come in the future once more strips have run online. 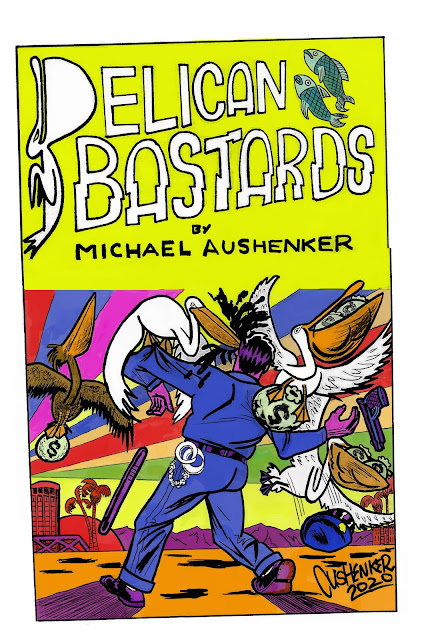 PELICAN BASTARDS is about a quartet of madcap seabirds — Ivan, Glenn, Jamie, and Claude — who realize that they can exploit their bird powers and get away with all stripes of mischief, mayhem...maybe even murder?

So if you want a taste of what's to come with PELICAN BASTARDS, order today for your signed & doodled copy with insane pinups and oddball seabird art!

Posted by Greenblatt the Great! at 12:47 PM No comments:

It's 2020, everyone, and new Michael Aushenker humor comics have arrived. 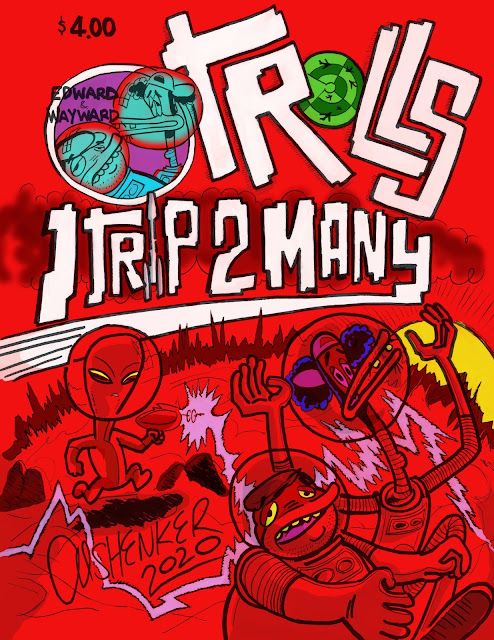 TROLLS 3: 1 TRIP 2 MANY is the third and possibly final issue of the TROLLS (lingo for "air traffic controllers") series. Set on Mars, the storyline finds our tower trolls Edward and Wayward now working at Spaced X for Elong Tusk followinng their international incident in TROLLS #2: OPERATION GREAT WALL.

The original TROLLS came out in 2015. TROLLS: OPERATION GREAT WALL arrived in 2018.

ALSO: You can order TROLLS: OPERATION GREAT WALL signed and doodled for $7 ($4 plus $3 shipping) per copy at the same contact above.

Posted by Greenblatt the Great! at 12:32 PM No comments: 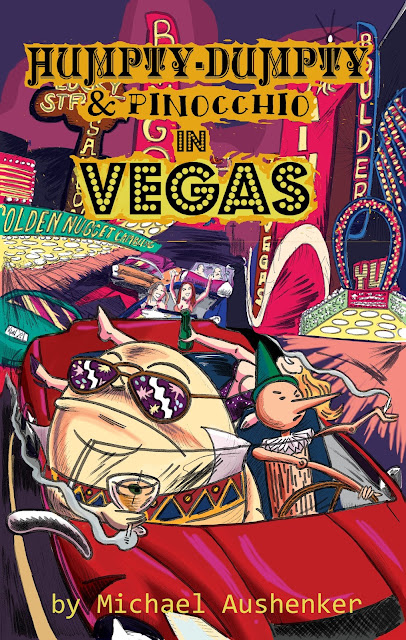