Ten years ago this month, a guy named Sam had this little movie called "Spider-Man" come out... 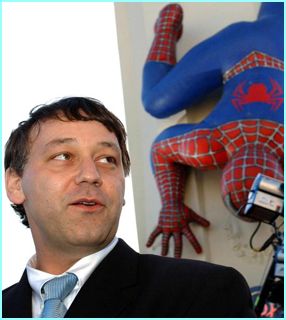 Sony only gave me 15 minutes to interview him, we went for an hour and a half, the next day the publicist called me so pissed because I spoke to him for so long and he had a future blockbuster to edit, they then put a moratorium on press. Suck it, Sony - can I help it if the guy liked to talk comics and movies? Oh, well, as we know, it all worked out okay as SPIDER-MAN became the first movie ever to crack the 9 digit opening weekend gross with a still "amazing" $115,000,000 (in 2002 bucks!)
Posted by Greenblatt the Great! at 8:48 AM No comments: 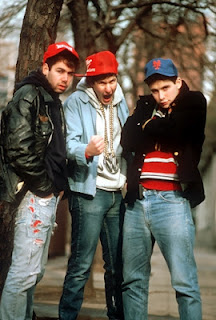 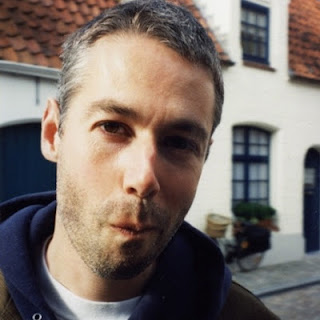 For the first time in nine years, since my heyday as a staff writer (1997-2003), I returned to the pages of the Jewish Journal of Greater Los Angeles this week with my tribute to Adam "MCA" Yauch, who died on May 4 of complications from cancer. RIP MCA! Below my all-time favorite Beastie Boys albums ranked in order of personal preference............ 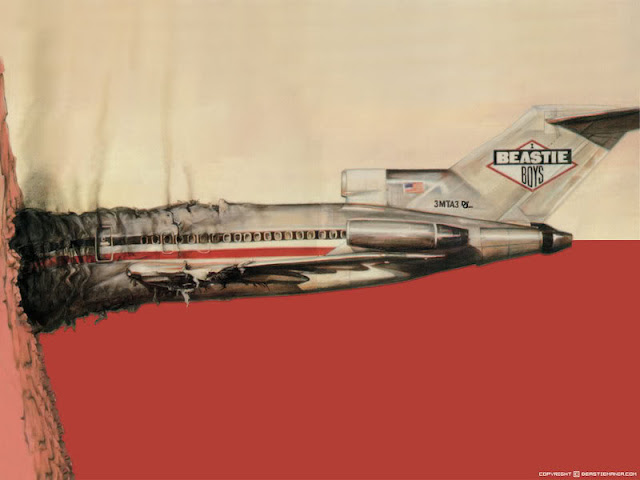 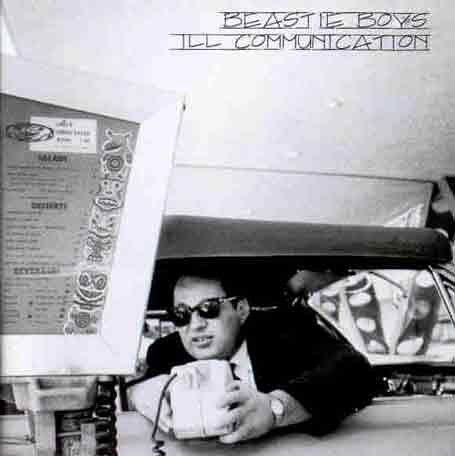 One of the best concerts I ever saw: the TOGETHER FOREVER tour at the Greek Theatre in the summer of 1987. More on those memories in the weeks to come..... 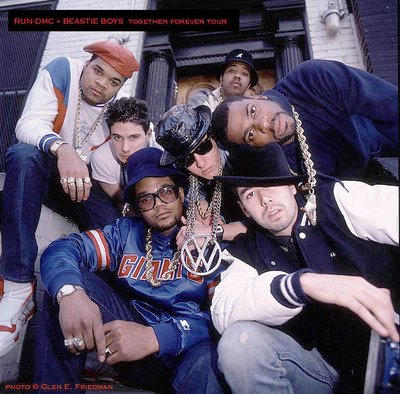 Posted by Greenblatt the Great! at 9:56 AM No comments: 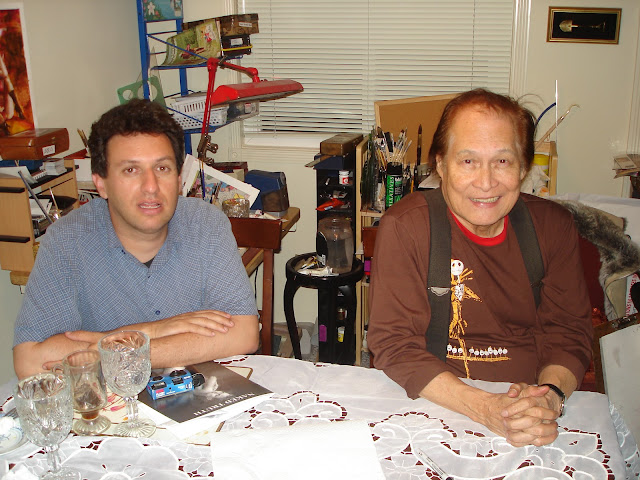 Last night I came home very late and happened to catch online that my dear acquaintance, the master comic book artist TONY DEZUNIGA had passed away in the Philippines, where he recently moved back to retire. 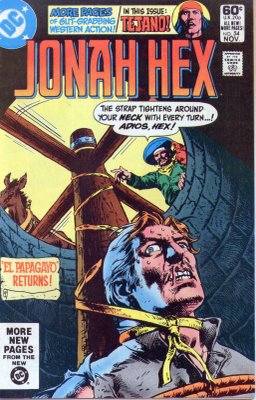 Tony and his wife, Tina, were two of the sweetest people I've met along the way through my adventures in comics. Just great salt-of-the-earth, laid back people, not afraid to be themselves. It was always a pleasure catching up with Tony and Tina at a convention. I was proud to have known Tony during the last four years of his life. I will miss him greatly. 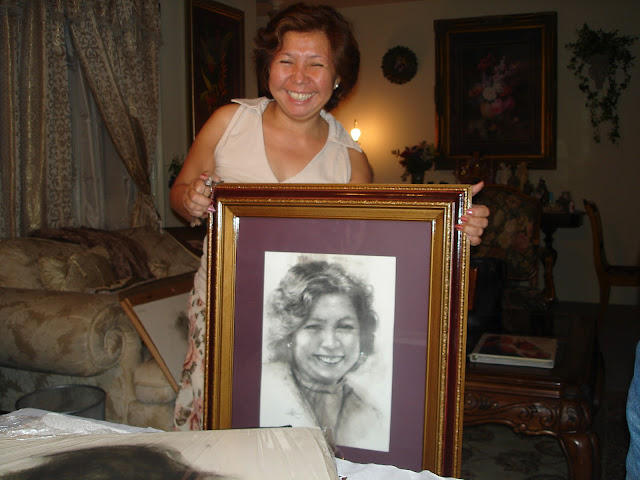 TINA DE ZUNIGA was very proud of her husband's art, and as you can see from this portrait of his lovely wife, Tony's chops were still in top form. Thanks to the ramp-up to the JONAH HEX movie a couple of summers ago, he was able to be reunited with his co-creation on a lavishly designed graphic novel called JONAH HEX: NO WAY BACK and he proved to the comic book world that they should never have left Tony leave the book.

And by the way, Tina can cook! She whipped up a multiple-course meal of Filipino dishes for Jose and myself that were delicious. AND she used to run a restaurant up in Northern California (which is how she met Tony).

Tony DeZuniga was a no-nonsense guy who wasn't afraid to talk bluntly and honestly about his days working for DC Comics. He also didn't care for the JONAH HEX movie (surprise, surprise) that was a valiant attempt to capture his signature co-creation on film but fell short, despite a great cast that included Josh Brolin, John Malkovich and Megan Fox. 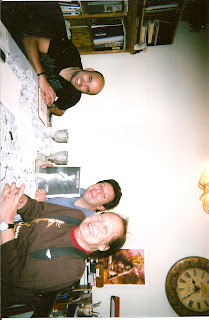 Here we all are again, sideways but happy. Maybe by this point, we've had too much to drink (just kidding - no alcohol was served at this dinner....just some intoxicating stories Tony shared from working with Joe Orlando and Carmine Infantino during DC's Bronze age....along with sharing some of his intoxicating artwork!)

The DeZunigas moved around a bit during their L.A. days, and I did not get to see them as often as I would've liked. However, I'm grateful for the memories of the times our lives intersected. And I have several DC Showcases worth of Tony's art in collections of PHANTOM STRANGER, where he did some excellent quasi-psychedelic art on the Dr. Thirteen feature, JONAH HEX, and various HOUSE OF MYSTERY/HOUSE OF SECRETS collections filled with his glorious DC horror work. 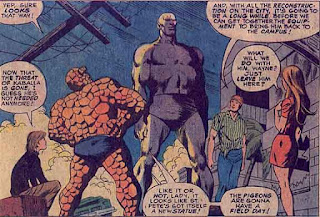 For BACK ISSUE MAGAZINE, I got to interview Tony for an article in their monster issue, regarding his work on the short-lived STRANGE TALES: THE GOLEM....and regarding the Phantom Stranger back-up feature, DR. THIRTEEN, on which Tony produced some amazing 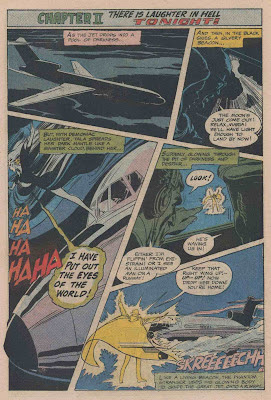 By the way, this past week has been brutal, between Tony's passing and the death of ADAM "MCA" YAUCH of one of my top all-time favorite bands, THE BEASTIE BOYS. Beloved children's book author MAURICE SENDAK also passed away, although I did not really grow up reading his work so my emotional attachment was not as strong with his work (loved the WHERE THE WILD THINGS movie, though...)

I haven't had time to share my reflections on what MCA and the Beastie Boys meant to me, but I will be sharing those thoughts really soon. 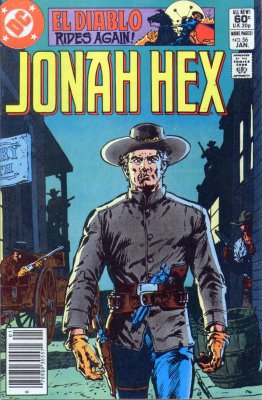 C U at the LATINO COMICS EXPO at CARTOON ART MUSEUM in SAN FRANCISCO this weekend.... 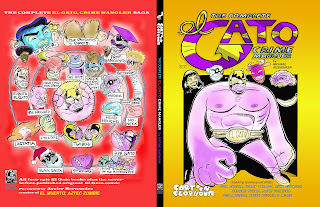 I'm off to San Francisco tomorrow, May 3rd, returning for the Second Annual LATINO COMICS EXPO, where I'll be selling my humor comics alongside good friends and fellow cartoonists RAFAEL NAVARRO, JAVIER HERNANDEZ, ISIS RODRIGUEZ, JOSE CABRERA, and GRASIELA RODRIGUEZ among others. 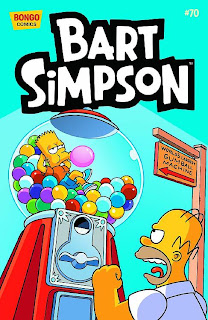 And as if this show will have a shortage of Hernandezes and Rodriguezes, there will also be some iconic comic book legends at this CARTOON ART MUSEUM show, including an actual Hernandez Bros. (sorry, Javier....but good news for Michael Chabon....), MARIO HERNANDEZ, and underground comics master SPAIN RODRIGUEZ.

Yes, there will be EL GATO, CRIME MANGLER issues to sign, in addition to the full range of my recent work, from HARRY LUMMEL to SILLY GOOSE (see CartoonFlophouse.com for more info) to some characters you might not have heard of such as a li'l yellow brat named Bart and an orange clay horse called Pokey. 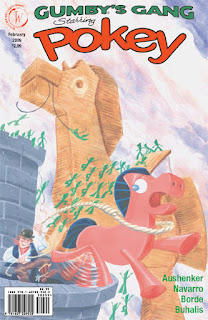 This fun-filled event, once again, will be co-curated by Javier and RICARDO PADILLA (with a big assist from wife ROSIE PADILLA and daughter SOPHIA PADILLA)!

If you're in the Bay Area, please attend the show. Bring the kids/family...but no AVENGERS movie spoilers please....won't get to see the movie until next week! Deal?