My Montez Moment...or a Montez Montage, if you will 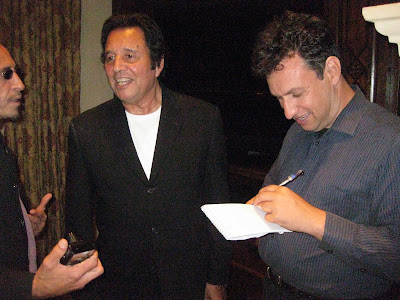 Here's Aushenker in full journalist mode at the second night of the Pacific Palisades Film Festival on Saturday, May 15, interviewing Hawthorne native Chris Montez, the subject of "The Chris Montez Story," a new documentary by Palisadian Burt Kearns and Malibuvian Brett Hudson ("The Seventh Python"). 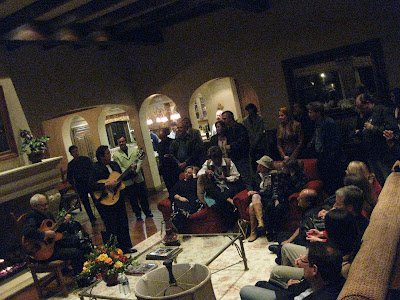 The film, a work in progress, was very entertaining, as is Mr. Montez, who performed his two biggest hits, K-Earth staple "Let's Dance," and the Herb Alpert-shepherded "Call Me," in an impromptu living-room concert right after the film screened. What a crazy fun night! 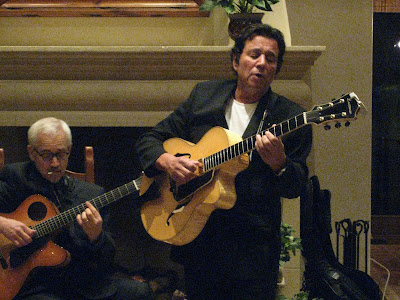 Montez was only 19 when he headlined a European tour with singer Tommy Roe and an obscure opening band. Unfortunately for these guys, that obscure band was The Beatles, the tour ended in Liverpool, and this was 1963, so over the course of their tour, the Beatles' popularity went nuclear. For you youngins, it's the equivalent of the Jonas Brothers playing the Grove. (yeah, riiiight....) 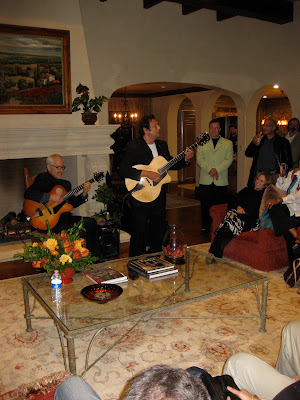 Once again, Friends of Film founder Bob Sharka ran a fun show, with actress Frances Fisher being honored on opening night. I wrote about the entire festival here.

Photos by Bert Kearns and Michael Aushenker
Posted by Greenblatt the Great! at 6:18 AM