My latest comic book TROLLS, an insider's look at the slackers working America's air traffic control towers, is off to a fast start -- my fastest-selling comic book in a decade. 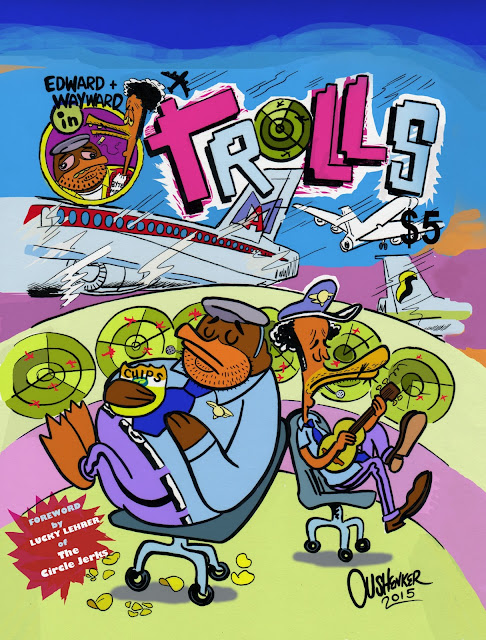 The storyline is somewhat under wraps beyond what you see on the cover - Edward and Wayward wind up commandeering a commercial airline on a very important mission into China - but rest assured this sequel (like all great sequels, including "The Godfather Part II," "The Empire Strikes Back," "Superman II," "Dawn of the Planet of the Apes" and "Death Wish II") does not merely rehash the first one but advances the story and takes it to new places (okay, maybe not "Death Wish II").

TROLLS: OPERATION GREAT WALL is going to be as anarchic as the original and trust me, I won't be invited back to Dandong anytime soon!
Posted by Greenblatt the Great! at 9:52 AM