BEHIND THE MUSIC: the downfall of DMX 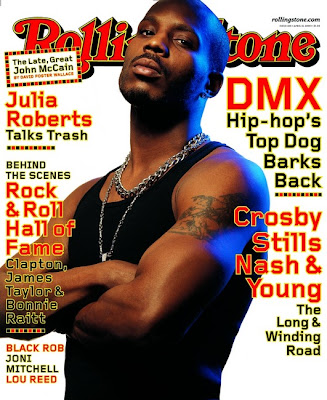 BEHIND THE MUSIC is back on VH1 and this new season kicked off with the downfall of one of my all-time favorites: the almighty DMX.

Here's the full episode if you're interested: it's got lots of raw footage of X battle rapping, the Ruff Ryders, Irv Gotti and Swizz Beats.

There are very few rap acts that are musically hardcore (and brilliantly so): namely PUBLIC ENEMY (circa 1986-1992) and DMX.

At his best, DMX-- the charismatic rapper with a Jesus complex and an affinity for dogs-- blows away the mid-tempo rap crowd with fierce bursts of braggadocio and bravado, unparalleled by the likes of Jay-Z or Biggie or Lil Wayne. He's a machine gun. He's a werewolf that a silver bullet could not stop... he's the streets.

There's more to Dark Man X than PARTY UP (his biggest hit from his best-selling album, AND THEN THERE WAS X, from 1999).... X has a million of 'em! Before you chuckle, have you ever heard the song SCHOOL STREET off of THE GREAT DEPRESSION? Or how about INTRO from IT'S DARK AND HELL IS HOT or FUCKIN WITH D? Ever heard the album FLESH OF MY FLESH, BLOOD OF MY BLOOD? And then there's THE CONVO, which samples the Bee-Gees' NIGHTS ON BROADWAY to haunting effect.

On top of everything, he's anti-materialistic (at the time, anti-Puff Daddy-style Cristal-and-private-jets type rap). He took rap back to the ghetto and kept it there. 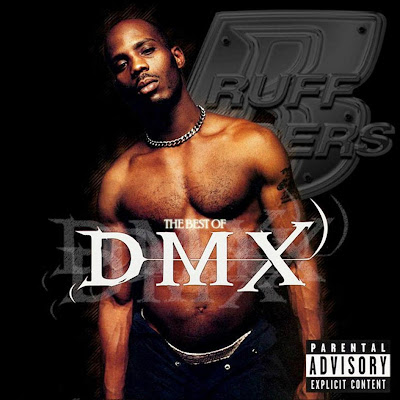 It's all in this BEHIND THE MUSIC episode: His rise from poverty and abuse, his addiction to crack and other drugs and his run-ins with the law, his incredible career heights - five albums in a row opening at #1 on the Billboard charts (a record still not broken). He started 1998 with Billboard's #1 album and ended 1998 with Billboard's # 1 album (only Elton John has done that, too).

DMX says in the interview portion, "I am the best performer alive!" He may well be. The saddest part of this episode was the footage from this year in Arizona where he's on his second bottle of Hennessey and he's not performing well in a small club, forgetting his lyrics like Elvis. He used to play stadiums and he's such a good rapper, it's really heartbreaking to watch. This performance is beneath him.

The rap game is a cruel one, and it might be hard for DMX to make a comeback now, as he's getting old in both dog years and rap years. But if there is a rapper who is scrappy enough to do it, it's Earl Simmons. Meanwhile, here the DMX I want to remember: IT'S ON, his collabo with DJ Clue. GRRRRRRR! ARF! ARF!
Posted by Greenblatt the Great! at 7:16 AM