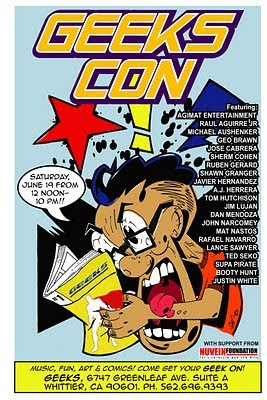 I had a really fun weekend participating in the first-ever GEEKS CON at GEEKS comics shop in the heart of Whittier --- UPTOWN, BABY! --- on grand Greenleaf Ave.

SATURDAY: The event was a one-store comic book convention, and Geeks owner Sal is a class act, he knows how to run a fun shop and mix it up with the cartoonists and create a great space for comic book creators and comic book fans alike. It was terrific to hang out with all of my cartoonist buddies - Jose, Jav, Raf, Jim, Ruben, Raul, Adonna and Arvie, John and Melissa, and, of course, the lovely ladyfriend, Laura! The lovely and loquacious letterer Katherine Renta also graced us with her appearance, as did Graciella and Reynaldo from Cartoonistas and Nuvein fame. Met lots of fun people, and some returnees, such as Andrew (dressed as an Aqua Teen Hunger Force character (the fries) and his buddy Justin.

In-between shenanigans included a lunch run to the Golden Ox on Greenleaf for some gyros and dinner at Mimio's, where we also hung out with the Agimat crew, Javy and the Hi-Tower crew after the show.

Thanks, Sal and Geeks, for a great time. May GEEKS CON grow bigger and better each year!

I didn't have my camera handy but photos should be forthcoming....

SUNDAY: Laura and I weathered the bad buzz and poor box office showing to catch the movie JONAH HEX. 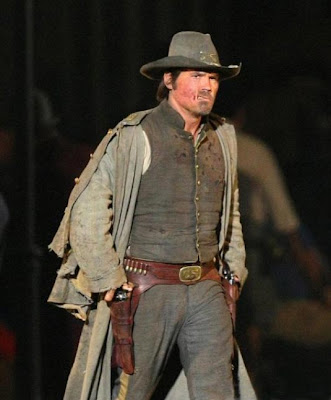 I was driven to see it partly because of my interest in the project and partly because of my friendship with the character's co-creator, the talented artist Tony de Zuniga. Despite some harsh reviews, the film was neither a classic nor a dog, just a Western with a supernatural twist with some elements that will remind some of the movie based on Javier Hernandez's EL MUERTO, AZTEC ZOMBIE (down to the comic-book style opening title illustrations, which also reminded me of WALTZ WITH BASHIR). Josh Brolin was a great fit for the Hex character, and you can't get a better Tallulah Black than Megan Fox. Malkovich played the villain. The story, which cribs a little from the great Lee Van Cleef/John Philip Law actioner DEATH RIDES A HORSE, is basically about what 90 percent of all Westerns is about: revenge! Overall, a decent comic book-based film that may not be as good as SPIDER-MAN or THE DARK KNIGHT but is more exciting and internally consistent than GHOST RIDER and WOLVERINE and (dare I say it!) makes a lot more sense than most of the silly IRON MAN 2. By the way, Megan Fox's impossibly thin waist should be noted (and studied very closely, I'll say!): she's a better special effect than anything in X3, that's for sure! 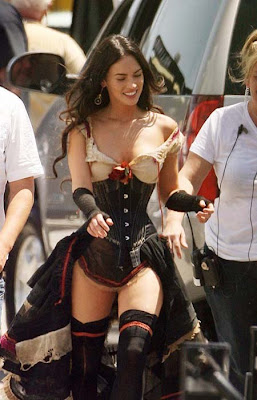 And speaking of JONAH HEX, step right up to my segue as I give an early push to BACK ISSUE # 42, which should be out next month or so, courtesy of TwoMorrows.com: 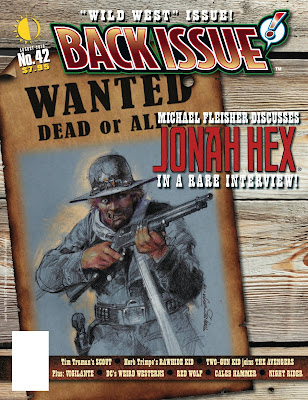 Posted by Greenblatt the Great! at 2:23 PM