The Man meets The Man Behind the Prickle 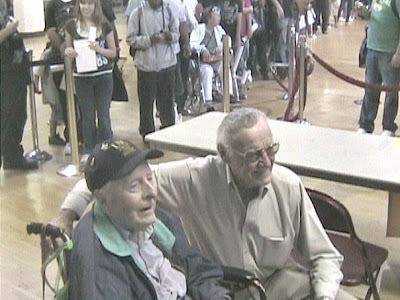 Behold! Two great geniuses of comics and cartoons. Here's Art Clokey and Stan Lee at the Shrine convention in Los Angeles (online it says May 2008 but I seem to remember it was early in the year, like January) when both were special guests. 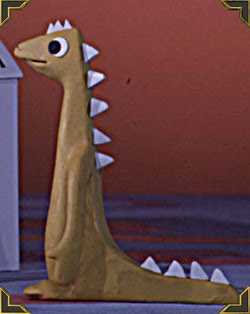 It's worth repeating that we're getting closer to readying this guy's debut in comics for Feb. 2011. Below is artist Chris Grine's cover for the upcoming GUMBY'S GANG STARRING PRICKLE. 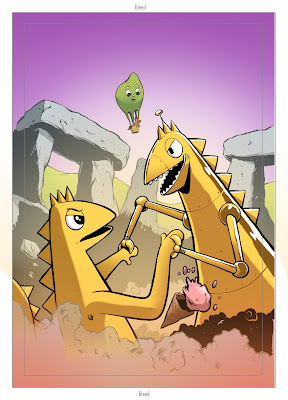 Ever wonder whether Prickle is a stegosaurus or a dragon? Well, Prickle wonders, too, and the question of his original ancestry leads him on a global journey in GUMBY'S GANG STARRING PRICKLE.
Meanwhile, an impostor Prickle (the robot on the right) infiltrates Gumby's gang. And because of his nasal monotone, nobody notices for weeks....until the lasers shoot out of its eyes!
Keep an eye out for it, it's gonna be a fun one.
Posted by Greenblatt the Great! at 6:37 PM