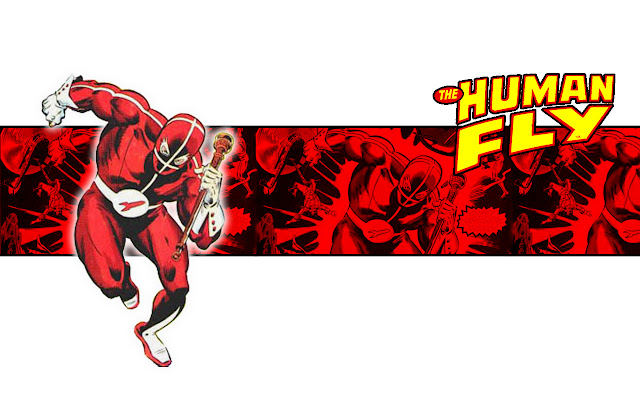 I'll be editing and contributing to THE NEW ADVENTURES OF THE HUMAN FLY, a graphic novel inspired by the upcoming movie, which debuts at SAN DIEGO COMIC-CON 2013!

As a youth, my first issue of the original Marvel Comics' HUMAN FLY was a Frank Robbins issue --#8 -- and still my favorite issue of the run. 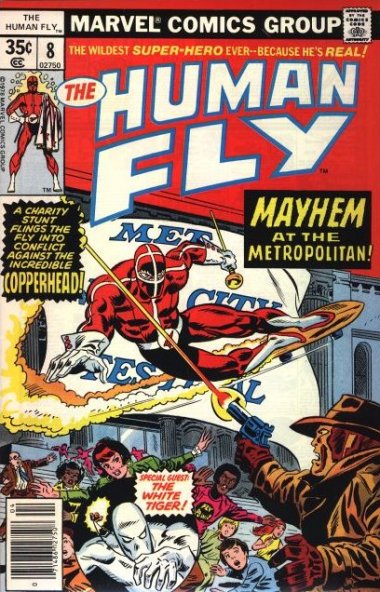 Here's the rest of the official press release:

Masked daredevil The Human Fly has just pulled off the ultimate stunt – he’s come back from the dead.

Popularized by a 1970s Marvel Comic, the stuntman superhero will return to comic books in July 2013, with a worldwide debut at San Diego Comic-Con.

The comic book is part of a multi-media revival of the real-life costumed daredevil which will include animated cartoons, apparel, and a motion picture to be directed by by Steven Goldmann (Trailer Park of Terror) and produced by Alan Brewer (Playing For Keeps) and Blaine McManus (Sailboat) with co-Executive Producer Joel Eisenberg (April Showers) from a screenplay by Tony Babinski. The film is currently in pre-production. 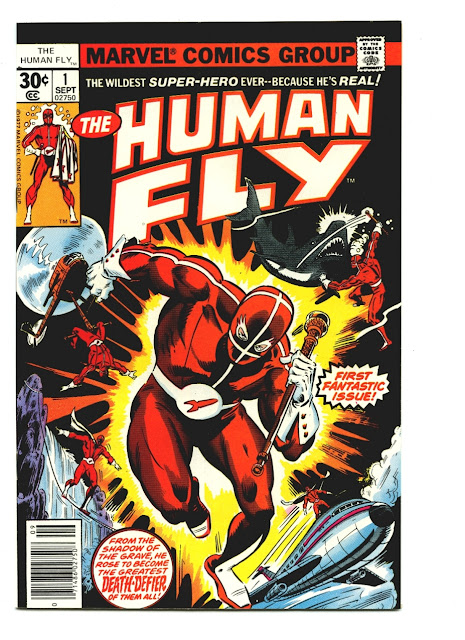 Inspired by a true story, The Human Fly tells the tale of Joe, a young sausage maker who bets it all on an alleged Hollywood stuntman who claims that 60% of his body has been remade of steel after a near fatal car crash. With their first stunt - riding the back of DC-8 jet while in flight - the Human Fly quickly becomes one of the fastest-rising celebrities of the late 70‘s, taking Joe, his buddies, and all his money along for the ride of their lives!

The new graphic novel-format comic book will feature the talents of a who’s who of L.A.’s comic book scene as well as a gallery of pin-ups by veteran artists who worked on the original 1977-78 Marvel series.

While the original Marvel series only ran for 19 issues, the Human Fly has grown a cult following over the decades.Babinski, Goldmann, and Brewer plan to sequel-ize the new graphic novel, as well as post original web comics on their official website, 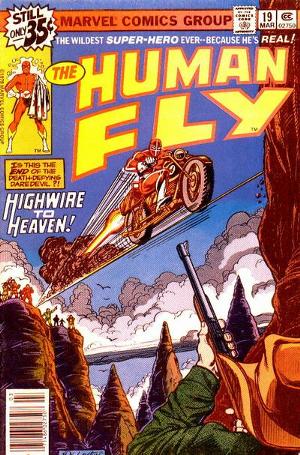 Posted by Greenblatt the Great! at 3:17 PM