PICK THESE TWOMORROWS GEMS NOW! -- CBC #2 and BACK ISSUE magazine #66

Funtastic pair of issues I've got articles in.... 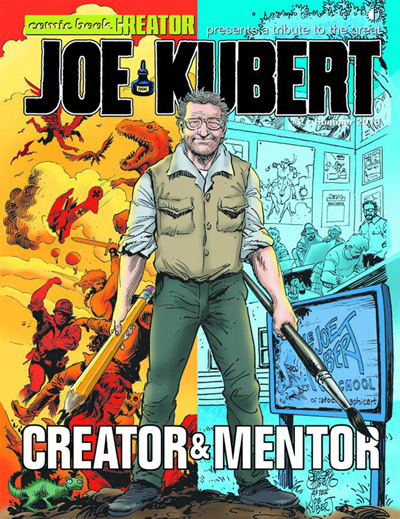 Of course, there's the mighty COMIC BOOK CREATOR magazine, issue #2 just came out at SDCC. It's our square-bound JOE KUBERT issue, which is a cover-to-cover treat for Kubert fans, and I wrote the issue's non-Kubert stuff: a profile of/interview with the great IRWIN HASEN, original artist on DONDI and DC's Wildcat, that retired pugilist turned superhero. Hasen is a pip - in his mid-90s and living on the Upper East Side these days. I also have an editorial at the end of the book that I wrote while traveling through Arizona (wrote it in Heart of Sedona coffee shop). 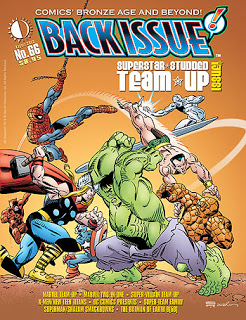 Then there's BACK ISSUE magazine -- #66 -- it's the team-up issue, and I wrote about MARVEL TEAM-UP -- Spidey and a superhero guest (even though, indirectly, I wrote about MARVEL TWO-IN-ONE -- The Thing and a superhero guest -- back when I did my Ron Wilson interview). The issue also presents the DC side of things, DC PRESENTS, SUPERMAN FAMILY and a few others. A particularly fun issue of the mag.

Yeah, babies! You want to taste THIS honey....Oh, behive!
Posted by Greenblatt the Great! at 9:05 AM