The final true album by the Clash, COMBAT ROCK, produced by Glyn Johns, was my gateway into the world of music. Lured by two of the catchiest singles ever recorded, “Should I Stay or Should I Go” and “Rock the Casbah,” I bought COMBAT ROCK at age 13. It was the first album I ever purchased and, to this day, remains in my top 3. “Should I Stay” and “Rock the Casbah” sound as fresh to me now as they did in the 1980s. I know this to be true, because just this morning, “Should I Stay or Should I Go” came on the car radio and I couldn’t resist blasting it.
Little did I know back in the day that those two songs, the most commercial songs on COMBAT ROCK, with their surreal flourishes (Spanish backing vocals on “Should I Stay,” the political lyrics and jet fighter squeals on “Rock”), were only the beginning. Even after working my way back in the Clash catalogue over the years, from the raw punk and reggae of the early albums to polished pop clarion of LONDON CALLING and the everything-and-the-kitchen-sink soup of the three-album SANDINISTA, COMBAT ROCK remains a surreal trip. Kind of an “Apocalypse Now” on record, filled with avant garde sounds, twisted cabaret, warped funk, unorthodox guest vocals (Allen Ginsberg, Futura 2000), and political statements that never overwhelm the songs’ musicality and entertainment value. It’s an amazing trip. 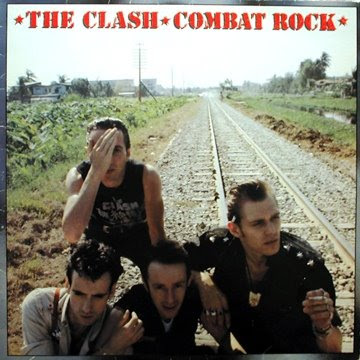 So imagine my surprise when a couple of years ago, I read a track-for-track review for the original version of COMBAT ROCK, RAT PATROL FROM FORT BRAGG, produced by Mick Jones. Evidently, the group had taken the final product away from Jones, given it to Johns, and COMBAT ROCK was the version released.
Well, RAT PATROL finally found a way to my ears and, while I clearly do not prefer it over COMBAT ROCK, it’s an interesting document, and even in its original form, this would have been a very good album, if not as tight and great as COMBAT ROCK.
The main problem with RAT PATROL is overdub overkill. Even the songs which are almost note for note the COMBAT ROCK versions----STRAIGHT TO HELL, INNOCULATED CITY, GHETTO DEFENDANT, ATOM TAN, the haunting closer DEATH IS A STAR----all suffer from too much information, a few overlay vocals too many. RED ANGEL DRAGNET goes on a little too long. The Spanish vocals thrown into STRAIGHT TO HELL don’t really fit the Asian-themed song as much as they work on SHOULD I STAY. On RAT PATROL, SHOULD I STAY and ROCK THE CASBAH retain much of their pop power, but the intro to ROCK is not necessary or as immediate as the final, and SHOULD I STAY is a little wobbly and not as air tight as the final. KNOW YOUR RIGHTS, with its similar structure and themes but different lyrics, is nowhere as good as the COMBAT ROCK version, lyrically or musically. Way to obvious….The extra songs on RAT PATROL, while interesting, are not essential, in my opinion—THE BEAUTIFUL PEOPLE ARE UGLY TOO is a nice extra, the penultimate track, COOL CONFUSION, is essentially a rhythm-heavy jazz instrumental (probably Topper Headon’s idea, as the drummer always wanted to be in a jazz band) and while it’s a great swatch of bebop, it really doesn’t belong on this Clash album (SANDINISTA, maybe…).
My bottom line is that I’ll definitely give RAT PATROL a few more listens out of the novelty of discovering new Clash recordings (in 2009!) and alternate takes on some of their best tracks. RAT PATROL is certainly a good album, not a mess or a disaster, but certainly a rough draft for a better album. RAT PATROL will never supplant the finished product, and I don’t think it’s me being nostalgic here. COMBAT ROCK is pithier, tighter. As much as I trust the instincts of the band members, it was a great move to take COMBAT ROCK away from Jones and let Johns refine what was all there in RAT PATROL, but, with his outside ear, take out all the bad ideas and obvious, overkill statements, and refine the final product into what for me is a classic album of quasi-abstract pop. 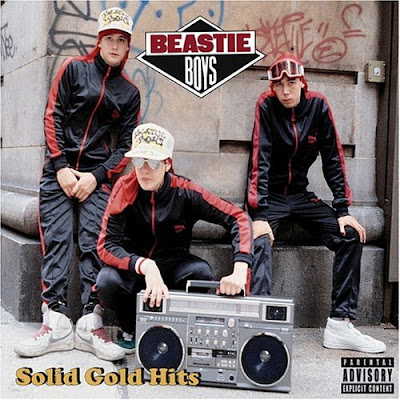 On a side note, I'm looking forward to the new BEASTIE BOYS album, HOT SAUCE COMMITTEE, VOL. 1, out September 15 (although the "vol. 1" part's scary). If it's at least as good and as party friendly as their last real album, TO THE FIVE BOROUGHS, it'll be a fun album. If not, I'll continue to bump BLACKOUT 2 by Method Man and Redman, which is a party on CD....totally infectious. 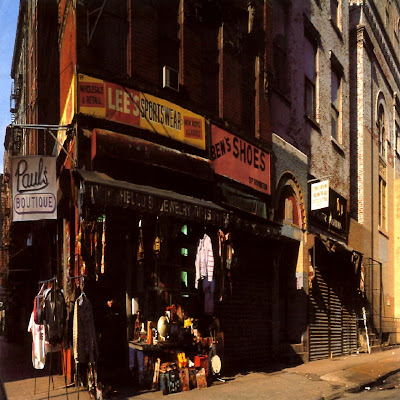 And I'm convinced that Beastie Boys' landmark PAUL'S BOUTIQUE was NOT their WHITE ALBUM but their SANDINISTA.....They obviously cribbed some notes from the Clash, from the potpourri of musical genres to the exotic vocal segues. 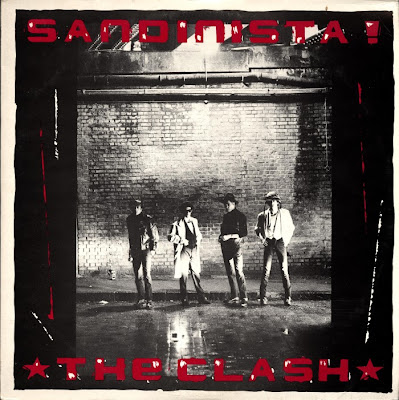 I liked the Rat Patrol review....these need a formal release.

Terrific, Tim! Thanks for including it on your blog, which I will check out.

combat rock, first lp (cassette tape) i ever got also, xmas prezzie to go with new sony walkman. 9 years of age. and this lead me to a path of not sucking or worshipping middle class cock forever. my politics have been shaped and the clash are part of that for life. rat patrol? nice alternative mixes, its gone straight onto my mp3 player. good to listen to it anew, i play it at least once a year. its rejuvenated the classic for me. going to play clash all week now.