(OK, here comes another one of my "late to the party" movie reviews....) 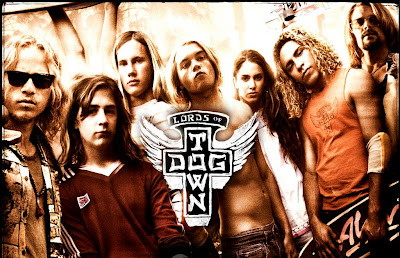 It's hard to tell if I would've enjoyed LORDS OF DOGTOWN as much as I did had I seen it in theaters in the summer of 2005. A lot of water has flowed under this bridge since it's release not too long ago, namely the death of one of its stars, Heath Ledger.

While I'm a longtime champion of DOGTOWN AND Z-BOYS, the 2001 documentary on the beginnings of professional skateboarding that inspired this film, I resisted seeing LORDS at the time thanks to a flurry of bad reviews. It also got some lukewarm word of mouth among friends who had seen it. Nevertheless, I finally rented it this weekend. It was directed by Catherine Hardwicke, who went on to direct a little film you might have heard of recently called TWILIGHT.

Watching LORDS OF DOGTOWN post-THE DARK KNIGHT, it's hard not to keep your eye on Ledger and his quirky performance. Ledger definitely commits to his affected take on Skip, one of the owners of the Z-Boys sponsors, the Zephyr Shop. I think Ledger is solid in this film, even though he's playing a relatively simple, almost cartoonish character. The more I think about the three (only three!) Ledger performances I've seen---in the affecting BROKEBACK MOUNTAIN, The Joker, and this---the more it does seem that Ledger strived to take risks in his career, not going for complacent roles in which he could coast but challenging himself. It only revives the sadness over the snuffed promise of what his acting career might have been. When you really think about it, he's way more of a risk-taker than, say, Johnny Depp, who gets shoved in that category but, in fact, is more of a pretty boy who wants to be that interesting and aligns himself with interesting filmmakers but is not all that interesting an actor (in my opinion). 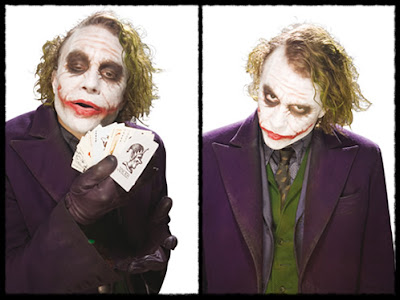 I also enjoyed the chemistry and comradery of the Z-Boys actors. Emile Hirsch as Jay Adams is excellent, as is John Robinson as Peralta and Victor Rasuk as Tony Alva. I admittedly did not recognize Rebecca De Mornay or Johnny Knoxville until after I saw the film and read the credits, but good for them for getting themselves mixed up with this one.

Hardwicke directs this movie with confidence at MTV speed. In the process, she captures the '70s Venice culture, the long-gone P.O.P. amusement park. The soundtrack is nostalgic and filled with good choices given the content, while the closing-credits cover of THE CLASH's DEATH OR GLORY (off LONDON CALLING) caught me by surprise (The Clash is my favorite rock group, so that was nice). 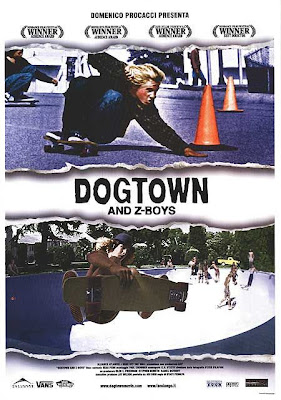 When I interviewed LORDS screenwriter (and Z-BOYS documentarian and one of the early skateboard pioneers depicted in the film) STACY PERALTA for this article (one of the first written about Peralta's latest documentary, MADE IN AMERICA, fresh off of its reception at Sundance), Peralta expressed his disappointment in LORDS and he admitted that fictionalizing his documentary was tedious and coming up with the teen characters' authentic dialogue was challenging. (He also said that he only met Heath Ledger once in passing). Peralta also told me that he prefers making documentaries over writing screenplays.

Maybe Peralta was too hard on himself. LORDS OF DOGTOWN may not reach the sublime heights of the Z-BOYS doc or pack that element of surprise, as I knew the story inside out by the time I saw this, but I found it entertaining. The dialogue didn't feel awkward or clunky, and the young actors seemed to inhabit their roles. Definitely a great rental if you go into it with low expectations.

LORDS falls neatly into a genre of movies alongside the 2007 underdog urban swim team movie PRIDE (starring Terrence Howard, Bernie Mac) and Mario Van Peebles' 2003 film BAADASSSS, about Melvin Van Peebles' birthing of the "blaxploitation" genre. They're all interesting underdog stories, well-told, and while they might not be greatest movies ever made, they're unpretentiously entertaining.

The multicultural history of the birth of extreme skateboarding (albeit more diversely apparent in Z-BOYS then here) depicted in DOGTOWN AND Z-BOYS and LORDS OF DOGTOWN is a great example of California culture exported to the world and a great American story, and it's definitely worth telling twice.
Posted by Greenblatt the Great! at 8:18 AM