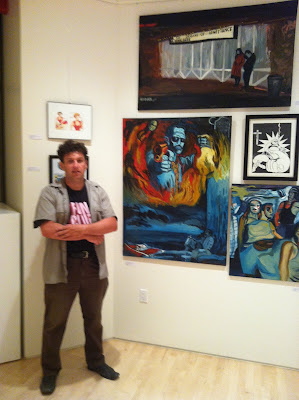 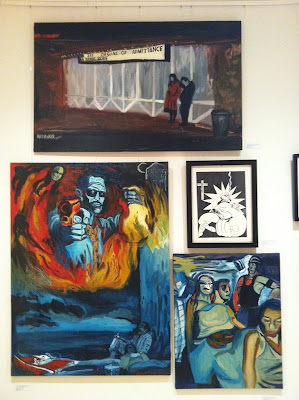 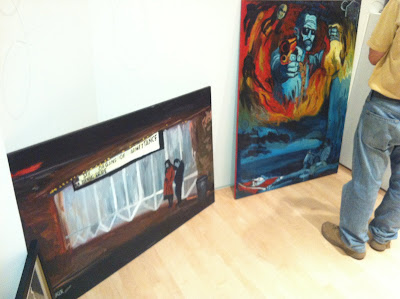 Concurrent to my appearance in San Francisco at the Cartoon Art Museum this weekend, I've got art in a show that my cartoonist club, CAPS, is putting on at the Animation Union's gallery space in Burbank near Magnolia and Hollywood Way. Here's the address. The reception is early evening Friday, May 6, @6-10 p.m. but I won't be able to appear in person because I'll be in SF for the Latino Comics Expo.
The art, which includes some nifty stuff by Sergio Aragones, including a bench that he sculpted, includes the work of 16 cartoonists/CAPS members, including Dean Yeagle, Catwoman artist Brad Rader, Flash writer Pat McGreal, and Bongo ed-in-chief Bill Morrison and it'll be up till the end of May. The idea is to show off art that includes comics work as well as non-comics related art. 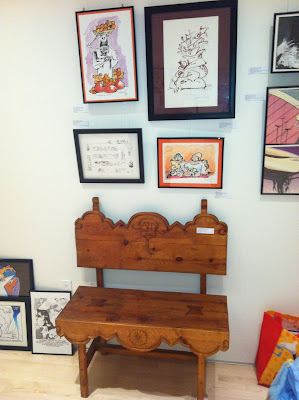 It's the latter that makes the show interesting, as we get to see what kind of art cartoonists make when they're not drawing comics. Sergio sculpts stuff out of wood...Who knew?
Posted by Greenblatt the Great! at 9:37 PM