El Gato, Crime Mangler will be back in summer 2011...and he'll be bigger than ever.
Only CARTOONFLOPHOUSE.COM, the house of humor comics, could pull this off....Big stuff is in the works for San Diego Comic-Con 2011: a trade paperback collection and a (for now...) top-secret merchandise tie-in that promises to blow your mind!
For starters, a trade paperback edition will collect the complete EL GATO, CRIME MANGLER comics oeuvre, including the original THE NINE LIVES OF EL GATO, CRIME MANGLER comic book, the supernatural sequel ¡HOLY GHOST EL GATO! (featuring Ape Gato), the cheap sci-fi prequel FUTURESHOCK 2002 (which introduces Roboto El Gato) and the much more mature NINE LOVES OF EL GATO, CRIME MANGLER. 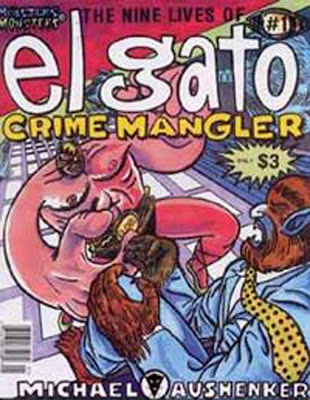 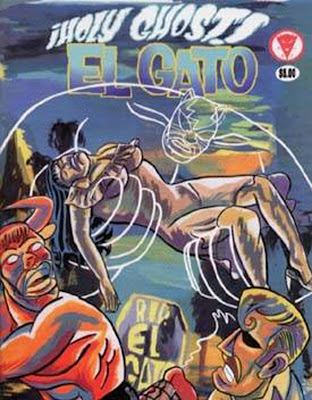 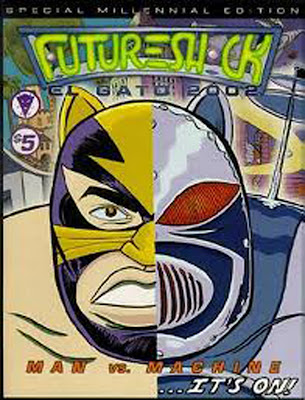 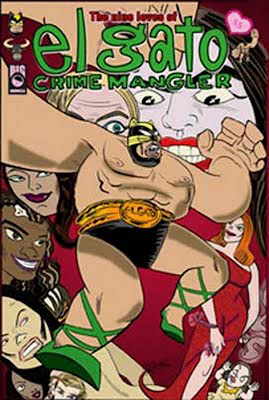 The El Gato TPB will also feature bonus stories and new El Gato material previously unpublished, including El Gato art by some of the most beloved artists of the 1970s and '80s.
It's gonna be a real party on paper, folks...chock full of laughs, surprises and visual treats!
As for the secret El Gato tie in? Not tellin' (yet)...but look here next month and hopefully I'll be able to show you as well as tell you what it is.
Look for the CARTOON FLOPHOUSE.COM table at Comicon International's Small Press Pavilion beginning PREVIEW NIGHT, WEDS. JULY 20 and straight through SUNDAY, JULY 24. Look for the giant EL GATO CRIME MANGLER banner!
San Diego Comic-Con 2011: Don't miss it...or else you risk missing THE SUMMER OF EL GATO, CRIME MANGLERRRRRR!
Posted by Greenblatt the Great! at 8:02 PM