Alan Moore's Vendetta: How Moore is at once right AND wrong..... 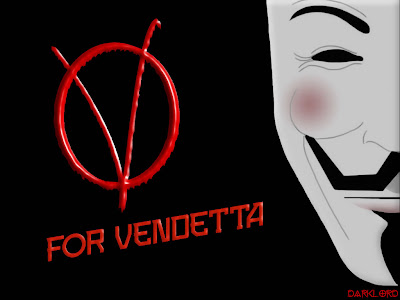 In an interview he just gave, Alan Moore basically said that Marvel/DC haven't come up with an original idea in 25 years, and he also apologized for putting into effect the cold, dark grim 'n' gritty trend that has since got a grip on superhero comics and has yet to pass from mainstream comics.

Moore is totally correct about the former (IMO). I've been saying the same thing for years: DC and Marvel (like Disney -- perfect bedfellows) has succeeded in recent decades in complacently rehashing their tried-and-true characters: House of Recycled Ideas, as I've come to call Marvel.

Moore is wrong about the latter. I think Moore should not blame himself for the grim and gritty treatment of every character including Spider-Ham and Ambush Bug (and I also think he gives himself too much credit there, as Frank Miller's DAREDEVIL/DARK KNIGHT RETURNS probably had more to do with that trend than Moore did). It's like people who blame Spielberg and Lucas for dumbing down Hollywood and leading to popcorn pics dominating the movie theaters. It's not really their fault...and if anything, they are the masters of that sort of film. It's the idiots who followed them and who took the wrong message from those well-made films by copying what they did in a cold, calculated way. It's not about stealing the formula, it's about breaking formula and coming up with new concepts. Jack Kirby himself used to say as much to his followers: in effect saying, don't try to copy me literally, but go out there and create a universe of wild characters like I did.

Executives in comics and in films: They never learn.
Posted by Greenblatt the Great! at 2:30 PM