The Art of Carpetbagging TV Shows 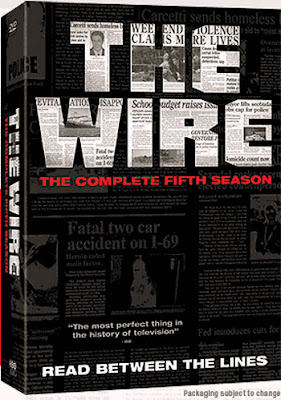 I would love to watch all four seasons of BSG, all five seasons of THE WIRE, not to mention season 1 and 2 of HEROES, every episode of THE RIFLEMAN, THE TUDORS, the complete BEING HUMAN series, the JOHN ADAMS miniseries, MAD MEN, the British OFFICE and THE OFFICE season 3. But I can't. That would amount to 10,904 hours of viewing. So what's my secret to being on top of all this fine, Emmy-winning programming? I carpetbag!

See, movies are always my first priority. So in-between, I'll watch episodes of a good program...but I can't commit to every season of said shows. So in the case of BATTLESTAR, I only watched the complete first season (many say it's the best) with a chance that eventually, I'll skip and watch all of season 4. And THE WIRE? I totally ass-backwards my way into this show after my pal Geoff introduced me to this great drama by playing the last episode of season 5 for me. That's right, THE SERIES FINALE! So now that I know how the whole show ends, I'm working my way towards the finale by seeing the episodes that led up to it. Maybe one day, I'll watch the first four seasons, but who has that kind of time on their hands? Also, I believe the Baltimore Sun plotline is specific to season 5 so this may be a cut above the other seasons for me, as I enjoy the journalism subplot. But that's OK, I don't need the other seasons for now....season 5 alone is like an epic movie unto itself!

There's only one series, really, that I'd like to catch every single episode of (and which I have) and that's my three-disk collection of the Fleischer Bros.' POPEYE cartoons! 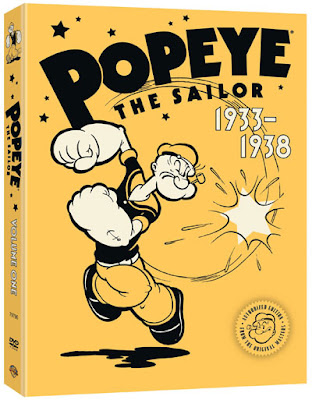 That's my holy grail! Well, blow me down! Aggaggaggagg!
Posted by Greenblatt the Great! at 10:16 AM