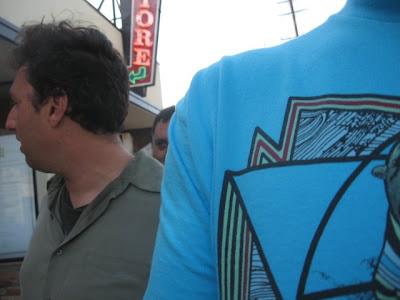 While Washington, D.C., and the International Atomic Energy Agency were hashing it out with Tehran, and while the President was in Pittsburgh (!!) for the G20 summit, the Big Boys here in L.A. had more important business at hand. JOSE "CABBY" CABRERA, the L.A. cartoonist behind CRYING MACHO MAN, was back in town (briefly), on official business before heading back to Mexico, where he is stationed until year's end. As a result, animator extraordinaire "BIG" JIM LUJAN, a.k.a. THE LUGE!, "BIG" JAV HERNANDEZ (of EL MUERTO, AZTEC ZOMBIE fame) and me, "BIG" MIKE AUSHENKER, got together for a trip to Sushi Mac, in the Japanese Sawtelle district on L.A.'s Westside, which we followed up with an impromptu (*yet incognito) follow-up classified meeting at a neighboring Cold Stone Creamery.

The following photos have been declassified, for public consumption.... 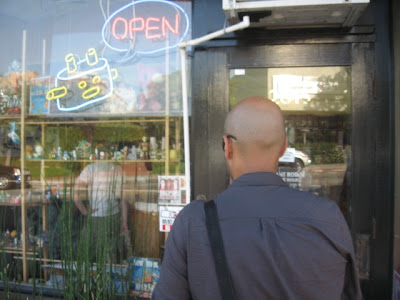 Part one of the mission was to reconnoiter with Jose, who arrived from the airport and, traverling underground, met us at our rendezvous destination: an area espionage facility disguised as a frivolous-looking Japanese toy store, while keeping a low profile. He disguised his face to resemble the back of his head. Effective! 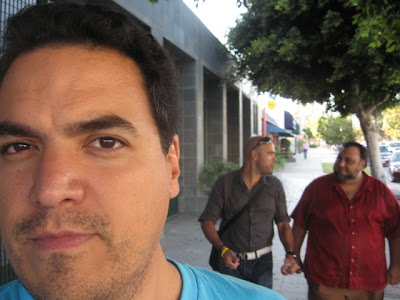 After declassifying Jose's face, our entourage continued down Sawtelle Blvd. toward Olympic, with our team of snipers occupying the neighborhood rooftops and looking for suspicious characters who might intend to thwart the summit.

At one point, we had no choice but to go "partially-underground" through this hastily constructed viaduct....(Thanks, Big Jim, for building this shelter in a minute's time...) 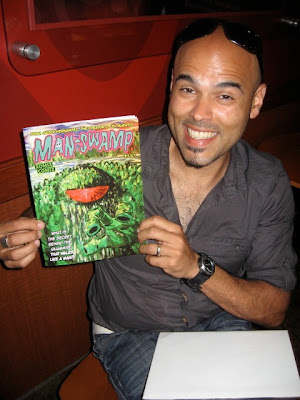 Following a "dynamite" dinner, replete with fantastic Dynamite Rolls (not in honor of Jimmy Walker), we repaired to the Cold Stone for dessert. There, after some long, long thought and consideration, Cabrera relented and finally endorsed Javy's latest project, the upcoming MAN-SWAMP (XOMEX COMEX). 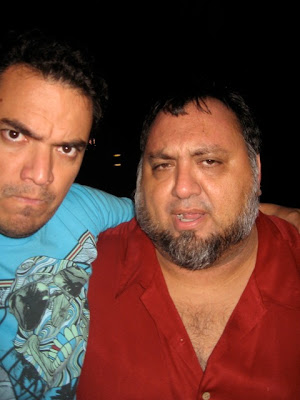 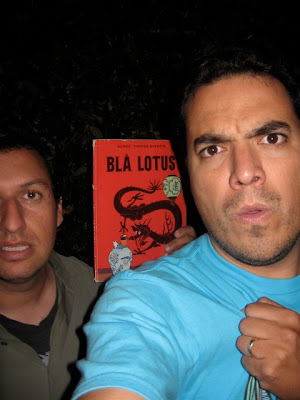 Cabby presented me with a copy of the Tintin adventure THE BLUE LOTUS, which he painstakingly translated into Swedish himself, in order to disguise some electronic codes being transmitted via a 60 year-old Belgian comic book. The Luge, on the other hand, did not pick up on the transmission, and instead enjoyed the pretty pictures....this was "Big Jim"'s magical introduction to Tintin comics! (and just in time for the Spielberg movie, too! Hats off to that!) 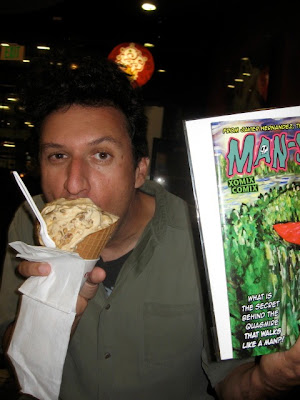 After looking over some extenstive data, I signed off on some paperwork and also endorsed Big Jav's MAN-SWAMP.... 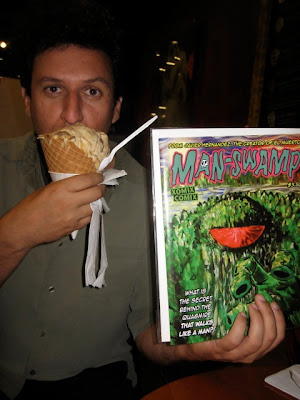 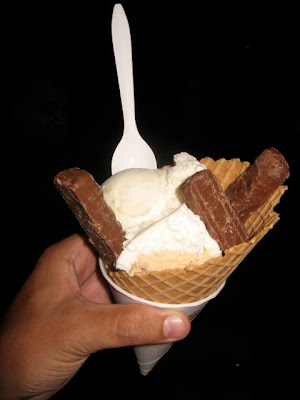 Here's the scoop on what went down next... 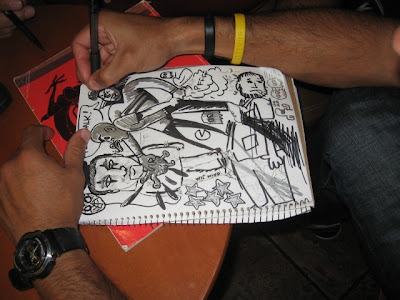 With MAN-SWAMP endorsed by the group, we got down to business with a Stone Cold Cold Stone doodle jam session. 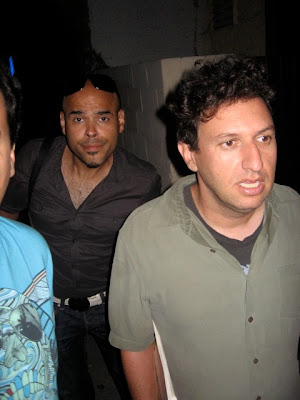 Then, on short notice, we recreated our favorite scene from TV's GOOD TIMES. Cabby assumed the role of Wilona, telling off "Buffalo Butt" Bookman, while I (in honor of Jimmy Walker) imitated J.J. Evans upon tasting Thelma's cooking.

With that official business out of the way, we parted in four different directions back to the rocks we crawled out from under, until the next meeting, tentatively scheduled for January 2010.
Posted by Greenblatt the Great! at 12:10 PM