Bad Advice From Agents to Stars 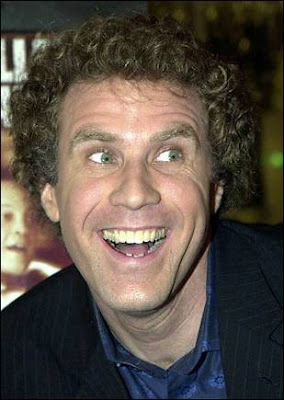 How some of the worst shit out there got made....overheard at the agency....

AGENT TO SANDLER: "Forget that shtick your core fans love you for. Tone it down and make a movie that kids can see you in. Here! Shoot this one, it's called BEDTIME STORIES. We'll throw in Russell Brand, too. He's hot, but we'll take out all the edgy stuff he's known for and castrate him as well. Huh? What's the script underneath it? That's FUNNY PEOPLE, it's a drama, but shoot this one, too. Here, catch!"

AGENT TO VAUGHN: "You're not following me, Vince! No one wants to see a smart aleck crashing weddings anymore. It's all about family. You know, Christmas! Here, catch! I want you to go and shoot FRED CLAUS. It's lame as shit but DVD buyers will eat it up around the holidays. And when you're done with that, read this one, it's called FOUR CHRISTMASES! Fuh-ling! OH! Sorry about the forehead, Vince."

AGENT TO DIESEL: "Vin, baby, I threw some darts and here's what I hit: THE PACIFIER, THE CHRONICLES OF RIDDICK, BABYLON AD and FIND ME GUILTY. Heads up! Wow, good catch! You've been working out! HEY, HEY, HEY! No lip out of you, if you don't want to shoot THE PACIFIER, I've got the Rock humping my leg to make that one, OK? So stop acting like such a diva!"
Posted by Greenblatt the Great! at 5:22 AM