UNEARTHED FROM THE BRONZE MINE: THE SHADOW....FRANK ROBBINS style... 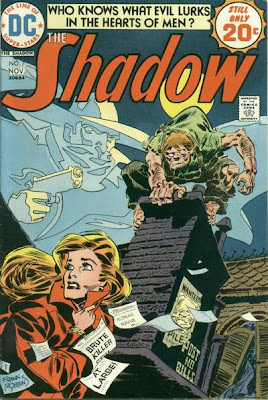 Reacting to my FRANK ROBBINS post from last month, CF Blog reader Mike Valerio submitted this SHADOW cover from 1974 as proof that Robbins was the man, even while drawing for DC Comics, and perhaps can take down Kaluta and Wrightson in a SHADOW draw. Thanks, Mike, for the sweet reminder!

P.S. -- And fans of Frank Robbins who love this kind of quasi-cartoony style of Bronze Age art should really hunt down work from the artist GERRY TALAOC. A good place to begin are the issues covered in SHOWCASE: THE UNKNOWN SOLDIER, wherein DAVID MICHELINE and Gerry serve up some gripping UNKNOWN SOLDIER yarns that outgun creator JOE KUBERT's earlier stories. Talaoc, who had a long run either penciling or inking SOLDIER, also drew lots of DC's early 70s horror titles, as well as THE PHANTOM STRANGER, and later went on to do some work for Marvel. 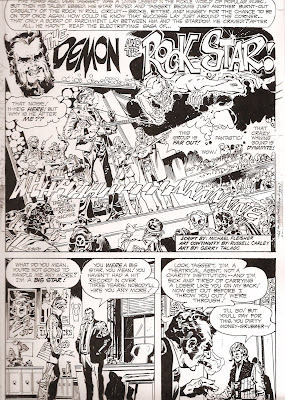 Robbins and Talaoc....fun stuff!
Posted by Greenblatt the Great! at 6:50 AM