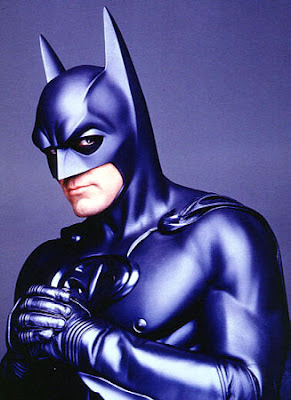 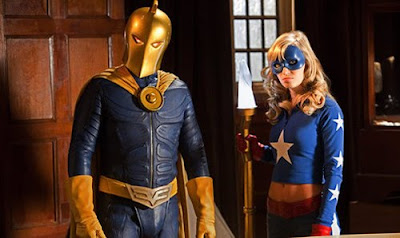 Even Dr. Fate can not control his own destiny, it appears...

For the first time ever, I've been looking forward to an episode of SMALLVILLE, namely because they seem to be ditching their dumb "no tights no flights" rule (what's the point of a Superman show without Superman?) and going hog wild by introducing some kind of version of the Justice Society on the 2-hour season premiere.

This magical episode was supposed to air Jan. 22. Then George Clooney decided to hold his Haitian relief telethon on every single channel, which left me wondering whether or not this show would be postponed. Well, today I got my answer and for anyone else out there looking forward to seeing live-action Dr. Fate, Hawkman and Sandman on network TV, below is the delio, cribbed from another site.....

(Kudos to Clooney for his Haitian relief efforts, but I find it amusing that Clooney, who played the a-hole Batman who shut down Robin's motorcycle by remote control while Robin was about to jump off the Statue of Liberty, has now shut down the entire Justice Society....he really is the worst Batman ever!)

A number of readers emailed and asked if Friday's episode will be pre-empted by the Hope for Haiti Now telethon organized by George Clooney. We've been able to confirm that yes, the episode, "Disciple," has been pre-empted and will air on the 29th. Meanwhile Micheal Ausiello at Entertainment Weekly has discovered Perry White, in the form of Michael McKean, is making a return to the series. Also, Cassidy Freeman -- Tess Mercer on the series -- guest DJed on KCRW and the station has made her set available for streaming or download on their site.