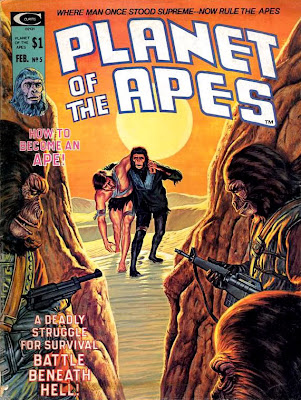 The current issue of BACK ISSUE! (#36, the MONSTERS issue with that sweet painted cover of WEREWOLF BY NIGHT battling MORBIUS THE LIVING VAMPIRE) got me thinking a lot lately about painted cover artist extraordinaire EARL NOREM. 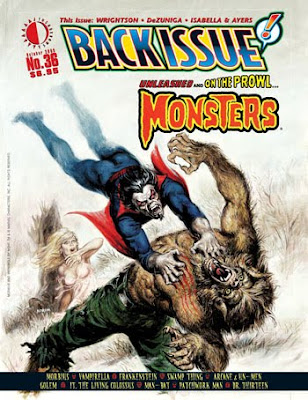 EARL NOREM is not a name I was familiar with during my childhood collecting days. Only recently did I finally connect the dots that so many of those epic painted magazine covers were by this artist. I'm not sure how his name escaped me, as he was so prolific in the Seventies. And yet, I knew and loved his work for decades. Work which graced such magazines as RAMPAGING HULK (I was a HUGE Hulk fan as a kid), TALES OF THE ZOMBIE, PLANET OF THE APES, MARVEL PREVIEW and DEADLY HANDS OF KUNG FU. 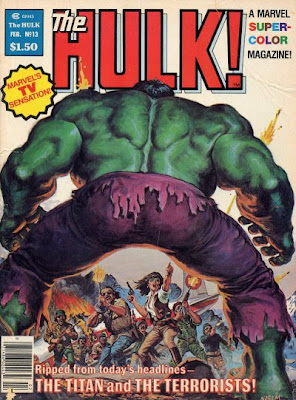 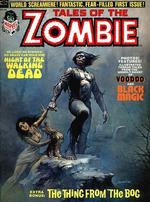 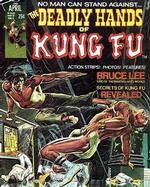 Shocking confession: I wanted those PLANET OF THE APES magazines so much as a teen (they were from before my time, the early '70s, and expensive) that I once lifted a stack at an Ambassador Hotel convention! 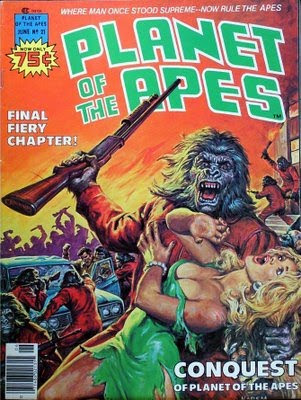 They were worth stealing because what Earl Norem did was take these great Marvel and movie characters and turn them into fantasy art. Norem was a master of distilling the essence of the subject matter and consolidating it into a memorable scene, with great composition and 3-D rendering...(with POTA and RAMPAGING HULK, he did that again and again and again) essentially one-upping the flatter representations of the characters we were used to in the regular Marvel Comics. Such painted covers effectively elevated the magazines, which also included black and white/wash art, and turned them into classier, high-end versions of the standard Marvel Comics line. It was a treat to see a Norem take on characters such as Shang-Chi or The White Tiger or Iron Fist. 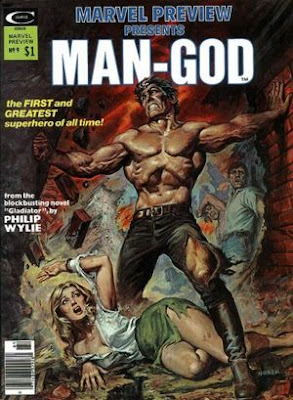 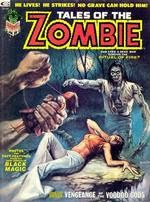 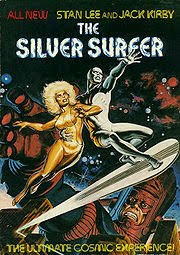 Mad props to Earl Norem, wherever he is! And crazy mad props to Mike Eury, editor of BACK ISSUE!, for digging up this little or unseen Norem cover for our MONSTERS issue, BACK ISSUE! #36.

Posted by Greenblatt the Great! at 8:25 AM