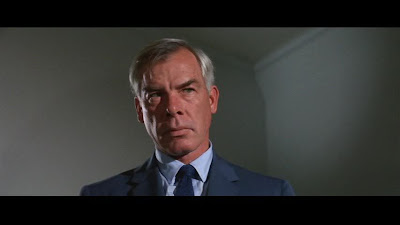 I just finished reading Darwyn Cooke’s THE HUNTER, based on the same book (and storyline)––the first in a series––which inspired the masterful 1967 film POINT BLANK (or “Point of No-Return,” as the French call it…). That was John Boorman’s first film, starring Lee Marvin as Walker (called Parker in the Richard Stark/Donald Westlake novel), and it seemed to get it right, in terms of casting, cool, a stylized look, an attitude. It’s probably the best neo-noir film out there. Lee Marvin is badass, Angie Dickenson voluptuous, Archie Bunker a hit man. What’s not to like?

Darwyn Cooke’s comics (what little I’ve read of them) have always been kind of a love/hate for me. On the one hand, his art and character design is such nice, clean eye candy and so much fun to look at. But I always feel like his work – either the art or writing or both – is kind of miscast in his projects. For instance, while his art was great in that run in the recent DC series THE SPIRIT, his writing on that run seemed cluttered and convoluted and kind of cheesy and it ultimately slowed down the fun art for me. 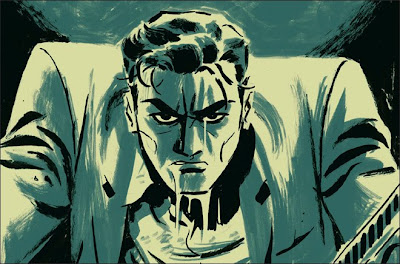 With THE HUNTER, I want to love this book. I like it but I can’t quite feel too impassioned about it or emotionally invested in it. The art style, a combination of Will Eisner and ‘60s ad art, is a little too sweet and cutesy for this kind of gritty, pulpy noir. It’s too BATMAN: THE ANIMATED SERIES (although that somehow works for those Bruce Timm cartoons, which I believe Cooke worked on years ago).

The writing here, as with Cooke’s work on THE SPIRIT, seems faithful yet glib and bland. He seems to be cycling through a fistful of noir platitudes, which I guess is part of the point of THE HUNTER, but there’s nothing very fresh going on. I think the best elements of the story do not come from the dialogue or exhaustive narration, but from the simple vendetta plotline borrowed from the book and POINT BLANK film….one of the best storylines in crime movies (POINT BLANK was remade several times over in such films as CITY OF INDUSTRY and PAYBACK).

The art here is kind of glib, too. Parker may be meant to resemble a PANIC IN THE STREETS-era Jack Palance, but the fierceness and rough edges are lacking, so he looks like the cuddly version. Maybe it’s bad casting and Cooke needs an unpretty Marvin type as the protagonist? I kept thinking that this book could have used the gritty underworld detail and machinations that I found in a lot of Ditko’s side work, such as in THE MOCKER and STATIC and maybe even THE SHROUD and his Atlas books such as THE DESTRUCTOR and TIGER-MAN. Books in which Ditko draws you into that petty underworld, filled with creepy, bug-eyed men, grabbing you by the neck tie, and tugging on you until you turn purple before releasing you. Just savage stuff. There’s also some animation-style emoting going on (which is over-emoting in my book----arched eyebrows, silly expressions, etc.) As nice as the art is here, I’m not sure if Cooke is actually challenging himself all that much outside of what he would normally do.

I’m not familiar with the original book (s) by Stark/Westlake, but I gather that Cooke’s HUNTER does little but simplify and illustrate the first book. That’s my impression anyway. Maybe it’s simply an acquired taste that I need to get used to? I hate to knock such a project, as it’s nice to see a guy like Cooke stretch beyond (these days dull and routine) superhero genre. And I support the idea of him illustrating every Parker novel. In fact, I still plan to get the next one, as THE HUNTER is an enjoyable, if not intense, ride. To be honest, I don’t know how it could have been executed any better or if I have a specific criticism that, if taken, could make this book work better for me. And yet something seems to be an element missing from this book. I really want to love it but I can’t more than like it. Hmmph! 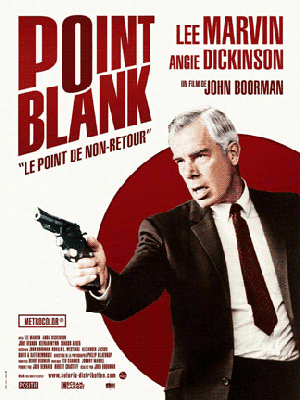 Oh, and another thing: I grew up in Canarsie, Brooklyn, and judging from the last part of the book in "Canarsie," it's obvious that Cooke has never visited the place.
Posted by Greenblatt the Great! at 11:19 AM