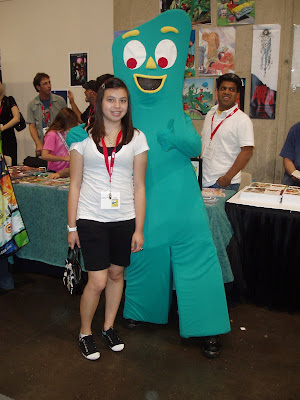 Thanks to my buddy and SD Comic-Con 2010 host ALEX VALLEJO for the photos on this post. Above is Alex's goddaughter Geneva with a certain big green guy at this year's convention. 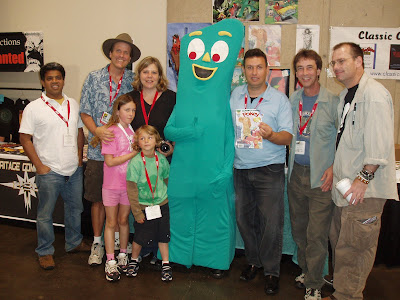 Here's Team Gumby on Friday, July 23, 2010 at the Gumby Comics table where we were signing up copies of GUMBY'S GANG STARRING POKEY, the book I wrote and RAFAEL NAVARRO drew. On the left is Gumby Comics' new techie wiz from Altanta, that's Art Clokey's son, Joe Clokey, along with his wife and kids (Art's grandchildren), Gumby, myself holding the Pokey book, LANCE BORDE, POKEY's phenomenal colorist, and MEL SMITH, our gonzo Gumby Comics publisher who has pulled together and continues to pull together some great talent and material under the Gumby brand. (If I look a little dyspeptic in this photo, it's probably because Lance is goosing me...he just can't resist!) 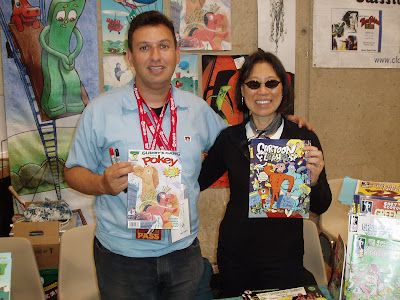 Legendary letterer JANICE CHIANG (she of Marvel Comics in the 1980s) paid me a visit. This is the first time I've met her in person although I've already interviewed her for an upcoming BACK ISSUE magazine article. She's a pip--a terrific interview---and a true survivor in an industry that has changed "radically" (get it, Janice?) in the last 15 years. She's currently lettering for Archie and a bunch of other companies. You'll be reading more about her next year in the pages of BACK ISSUE magazine! 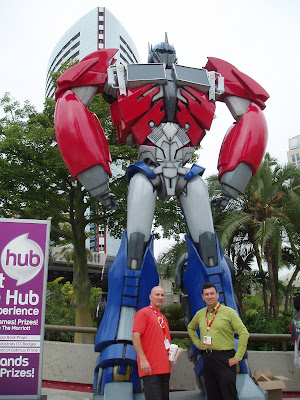 What would Comic-Con be without the terrific costumes? How that tall guy found an Optimus Prime outfit, I'll never know! On the left is Alex Vallejo, that's me in the Gumby green, about to get stomped on by an Autobot. 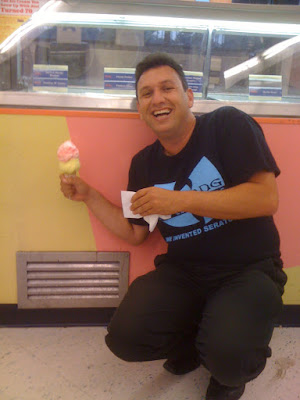 Sometimes I crack myself up! Here I am -- Laughing Boy -- yukking it up upon realizing that the ice cream counter at this Rite Aid in La Mesa has the same colors as my dessert, a scoop of Lemondheads and a scoop of Red Hots flavors. (Yes, I ordered those flavors willingly, not on a dare! And I loved them!) 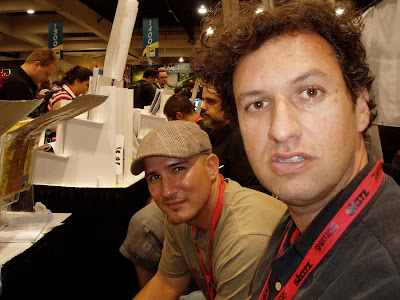 Alex is looking really cool on the left, I'm looking not nearly as cool on the right. Judging by my hair, this was from San Diego Comic-Con 2008. 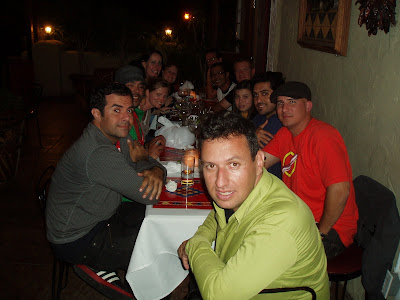 Here we are this year, eating at the courtyard in Old Town because the Ranchero Lena restaurant (below, from 2008) is now defunct. 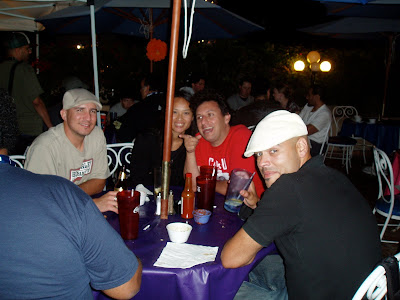 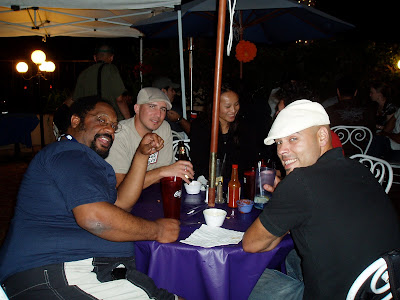 See how much fun we're having at Comic-Con 2008? We shut down the place.....LITERALLY! It no longer exists!
Good times! The laughs keep on coming. I'll share more pics as they come in...and on a slow day, I'll post part 3 of my Wonder Con 2010 coverage! I still owe you faithful readers the scoop!
Posted by Greenblatt the Great! at 12:02 PM