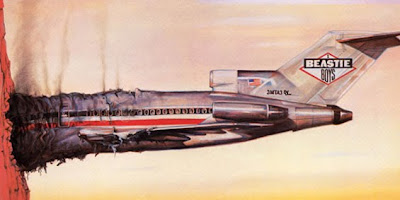 In the RUN-DMC movie TOUGHER THAN LEATHER, there's a scene where the Beastie Boys perform in concert a LICENSED TO ILL-era track called DESPERADO (sampling Ennio Morricone's GOOD, BAD & THE UGLY hook) that never made it on LICENSED or any album. Here's that scene!
This was just the tip of the iceberg. Thanks to the Wild West frontier of the Internet, more unreleased LICENSED TO ILL tracks have surfaced. I'm happy to report that with the possible exception of DESPERADO (with its militant early Run-DMC break beats and shout-outs to Abe Lincoln and White Castle, here's the studio version, you can here producer Rick Rubin introducing this "rough mix"), they're not worth committing to vinyl, wax, plastic, Ks or MBs.
SCENARIO is like their version of Eazy-E's "Boyz in the Hood" or a tune of that ilk. It's kind of repetitive and very rudimentary. I'm guessing this version has several layers missing.
I'M DOWN is a Karaoke-esque cover of the Beatles tune that is beneath both the Beasties and the Beatles. It's pretty awful and has a frat-boy sing-a-long quality that worked in GIRLS but flops big time here. 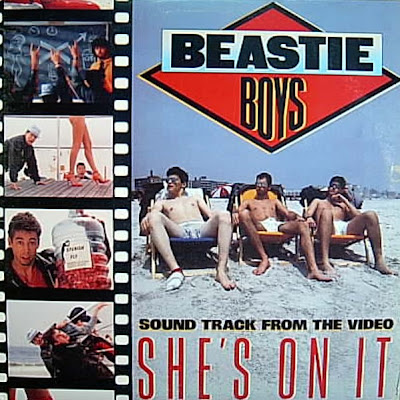 ******
Several rungs down the interesting ladder, here are a couple more Beastie Boy oddities.....an original 1993 version of INTERGALACTIC meant for the album ILL COMMUNICATION that sounds like the jazzy style of that album and is lyrically too on the nose and not as musically exciting as the INTERGALACTIC to come on 1998's HELLO NASTY.
Another ILL COMMUNICATION leftover called THE VIBES.
Posted by Greenblatt the Great! at 8:42 AM