EVERYONE'S A CRITIC: SCHOOL FOR SCOUNDRELS (2006) 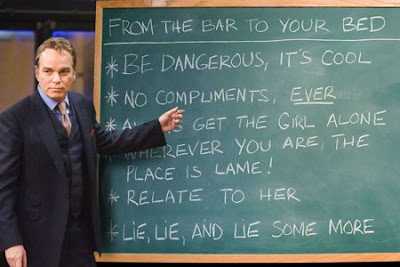 This film, by Todd Phillips, the director of ROAD TRIP, OLD SCHOOL, and THE HANGOVER, is hilarious...at least the first 85 % of it is. But what a fantastic 85%!

I thought it petered out/got tedious by the airport scene at the end, almost as if they didn't know how to wrap it up. By that point, the movie had begun to superficially resemble RUSHMORE with the rivalry for a woman's love between young ingenue and old confident guy. There are elements of other movies in here but it's still a lot of fun. And even a cameo by the annoying mugging mediocrity that is Ben Stiller (vying for the spot as Gen X's Robin Williams) could not derail this comedy, which has a million familiar faces in it, from Horatio Sanz and the Indian-American guy with the Anglo name on PARKS AND RECREATION, to the gap-toothed baldy from BEST WEEK EVER, David Cross, Sarah Silverman and Michael Clark Duncan, who as always is terrific in comedies (see TALLADEGA NIGHTS for his best comic acting performance). Fun cast (minus Stiller)! I didnt' remember much about this comedy, which kind of came and went during its theaterical release, so this was like the best you can ask for when picking out a DVD: solid entertainment and full of surprises.

SCHOOL FOR SCOUNDRELS also did Jon Heder a favor by erasing from my memory the godawfulness that was his other recent film, BLADES OF GLORY, which was one of the crappiest, slapped-together comedies I've seen in a long time with a dumber-than-dumb improbable premise (even for broad comedy...I'm gambling that even LAND OF THE LOST is a better Will Ferrell vehicle). I had just seen BLADES a few weeks ago and it damn near ruined my month.

SCHOOL FOR SCOUNDRELS may now rank as my favorite from the Phillips oeuvre. I haven't gotten around to seeing HANGOVER yet (which looks more OLD SCHOOL) but now I'm extra looking forward to it. 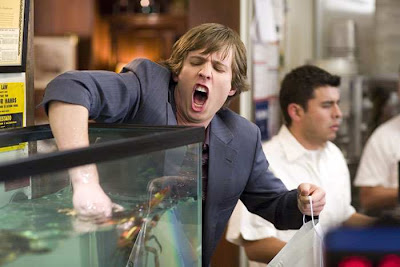