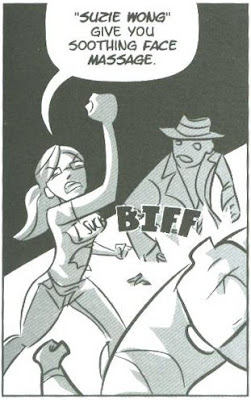 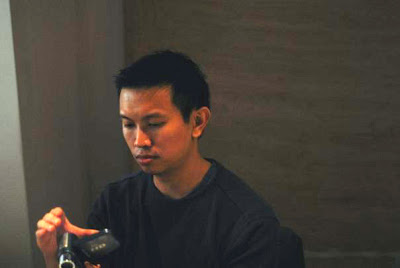 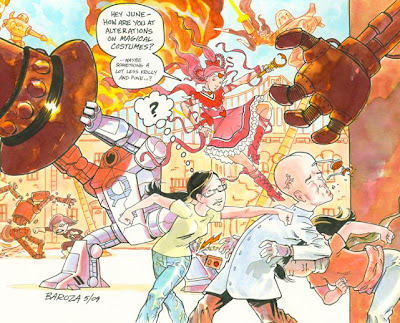 JIMMY J. AQUINO likes scoring.
Well, before I get him in trouble with his ladyfriends, I should clarify and say that he podcasts and blogs away on his passion: film scores and soundtracks.
A while back, we met at an Alternative Press Expo in San Francisco and I believe we bonded on the great work of JERRY FIELDING, who provided the score on most of SAM PECKINPAH’s movies, including my personal favorite, BRING ME THE HEAD OF ALFREDO GARCIA (This must have been around 2004, because they had just released the CD of that film’s soundtrack and I remember talking to Jimmy about it).
Like me, Jimmy’s a fan of Paul Mooney, the Beastie Boys and old Marvel Comics. We don’t know each other all the well, but I’m guessing we probably have a lot of overlap in our pop culture taste.
He is currently touring as a contributor to the comics anthology SECRET IDENTITIES. If you’re in the Bay Area, go down and see him in person tomorrow night, Thurs., July 16 (info below). 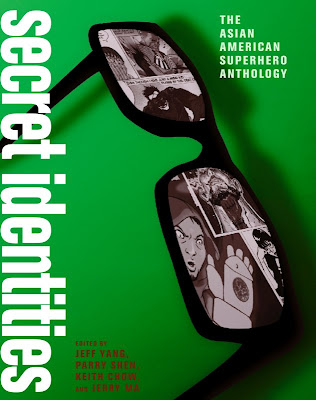 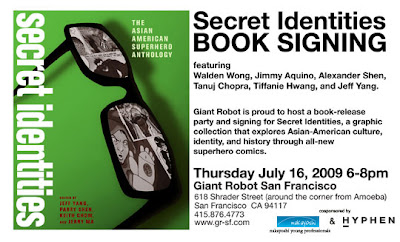 =====What are some of your favorite movie and TV themes and what makes them so great?

The first soundtrack album I enjoyed hearing was a double LP of THE EMPIRE STRIKES BACK that my parents bought for my older brother when he was eight years old and I was three. The STAR WARS main title theme, "The Imperial March" and "Yoda's Theme" are the tracks I remember the most from that double album. Of those three, I like the beautifully written "Yoda's Theme" the most because it hasn't been overplayed like the other two themes.

But the love for film and TV themes didn't really begin until fourth grade, when I started placing a mono tape recorder next to the TV set speakers to record TV themes. I thought the TV theme mixtapes I compiled were the illest tapes. I had three or four tapes of catchy themes from shows ranging from MIAMI VICE to MTV's REMOTE CONTROL, the late '80s game show where Colin Quinn, Adam Sandler, Denis Leary and straight-to-video starlet Kari Wuhrer got their start. My collection of TV themes was superior to Tee Vee Toons' TELEVISION'S GREATEST HITS LPs (they released only two volumes at the time) because I included themes from shows that were more recent (CRIME STORY, THE EQUALIZER) and the four different versions of the '60s STAR TREK main title theme, plus none of the themes on my tapes were lame re-recordings like the ones on the Tee Vee Toons LPs.

I eventually outgrew my hobby of taping themes off the TV set and moved on to soundtrack albums with far better sound quality (particularly Danny Elfman's powerful BATMAN score, Ennio Morricone's amazing ONCE UPON A TIME IN THE WEST score and the TREK feature film soundtracks, which my family would sometimes give to me for Christmas because they knew how much I loved TREK)--and then hip-hop.

Sometimes, those two genres would overlap in interesting ways. Several of my favorite film and TV themes are ones that have been sampled by beatmakers or used as breaks by turntablists, like David Shire's funky main title theme from the original TAKING OF PELHAM ONE TWO THREE, any of Lalo Schifrin's equally funky themes from ENTER THE DRAGON and Dennis Coffey and Luchi De Jesus' BLACK BELT JONES theme, which Marley Marl sampled brilliantly in LL Cool J's "Jingling Baby."

In university, as my tastes in film grew, so did my tastes in music, especially film and TV score music. The big beat and electronica crazes were blowing up during those years, and they exposed me to the scores of frequently sampled Silver Age composers like Morricone, who ended up becoming my favorite film composer, Quincy Jones and John Barry.

Speaking of Barry, his supercool theme from THE PERSUADERS (a show I've never even watched) is one of my favorite TV themes, along with Yoko Kanno's badass "Tank!" main title theme from COWBOY BEBOP and the last of the great expositiony TV themes, the catchy '70s-style theme from THE KNIGHTS OF PROSPERITY, which was written by Paul Shaffer and crooned Barry White-style by KNIGHTS OF PROSPERITY scene-stealer Kevin Michael Richardson ("Eugene Gurkin was a janitorrr...").

My favorite unknown movie theme comes from Japan's Maiku Hama private eye trilogy (THE MOST TERRIBLE TIME IN MY LIFE, THE STAIRWAY TO THE DISTANT PAST, THE TRAP). The Hama theme is reminiscent of BEBOP in terms of energy and coolness. Of the newer film and TV composers, I like the work of Michael Giacchino (LOST, STAR TREK) and Bear McCreary (BATTLESTAR GALACTICA).

===== Do you have a favorite movie musical and if so, can you admit what it is?

I'm not a show tunes guy, but I rewatched SOUTH PARK: BIGGER, LONGER AND UNCUT on my DVR a few months ago and couldn't help singing along to parts of "It's Easy, MMMKay," "Kyle's Mom's a Bitch" and Saddam Hussein's moving number "I Can Change."

And whenever TCM airs SINGIN' IN THE RAIN, it's difficult for me to change the channel because it's such an enjoyable satire about the shift from silent movies to talkies. My former colleague Richard von Busack put it best when he said SINGIN' IN THE RAIN is "a musical for persons allergic to musicals."

===== Which comic books from your formative years do you cherish to this day?

Unfortunately, most of those comics are trapped in a treasure chest inside my parents' garage, which I've been unable to pry open because I lost the key to the chest a few years ago. Those comics include DC's surprisingly good STAR TREK comics; the ALPHA FLIGHT storyline in which Madison Jeffries redesigned the ugly-looking Box robot with his power of metal transmutation and made the new Boxbot look so gangster; the early '90s DETECTIVE COMICS and BATMAN issues that were superbly drawn by Norm Breyfogle and the late Jim Aparo; and DC's '90s Milestone titles, which focused on superheroes of color and paved the way for SECRET IDENTITIES.

I'm glad I didn't stick my '80s G.I. JOE issues inside the chest a few years ago because I was able to dig up all five of those Larry Hama-scripted JOE issues and have Hama sign them when we were guest talents at the Asian American ComiCon last Saturday.

==== What can people expect at your SECRET IDENTITIES signing tomorrow night at the Giant Robot store in San Francisco (other than lots of T-shirts and toys surrounding you)?

A short guy with a big mouth.

Here's an example of what I'm like at a book signing. What you get is the same person you'd hear making wisecracks while introducing score cues on the Fistful of Soundtracks channel. At my first book signing at the Asian American ComiCon, a SECRET IDENTITIES fan who's half-Filipino and half-Indonesian said to us that in New Jersey, he was once mistaken for STAR TREK: VOYAGER cast member Garrett Wang, who's neither Filipino nor Indonesian and looks nothing like the guy. I said, "What are they? Blind? Fucking Jersey motherfuckers!"

The fans laughed. Then one of them said, "There ought to be an Asian American version of CLERKS." Actually, my webcomic THE PALACE is kind of like that, except the characters don't hate their jobs.

I'm more of a writer than an artist. However, if you ask me to draw something for you, I won't mind doing it. I hope you like Dick Tracy or Homer Simpson because those are the only characters I can draw.

The blog and webcomic: http://afistfulofsoundtracks.blogspot.com/
The radio station: http://www.live365.com/stations/sookie_sook OR on iTunes Radio under "Eclectic," as "Fistful of Soundtracks"
The Twitter microblog: http://twitter.com/jimmyjaquino
The Secret Identities graphic novel: http://www.secretidentities.org/
THE KNIGHTS OF PROSPERITY theme, from Kevin Michael Richardson's YouTube channel: http://www.youtube.com/watch?v=frsqKNYYMo0
Posted by Greenblatt the Great! at 10:57 AM

great thanks for sharing