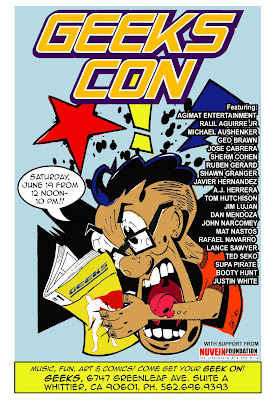 Hey, hope to see you at the first ever GEEKS CONVENTION at the GEEKS comic shop in Uptown Whittier, California, tomorrow, where I'll be signing my latest CARTOON FLOPHOUSE comics from noon to 6 p.m., at which point my compadre, JOSE CABRERA, takes over to sign his CRYING MACHO MAN comics while I socialize like a butterfly!

Other Cartoonistas will be there including a bunch of my buddies: Ghettomation pioneer BIG JIM ("The Luge") LUJAN, BIG JAV HERNANDEZ of EL MUERTO, AZTEC ZOMBIE fame (who will now have EM dolls as part of his big merch push!) and MEDIUM RAF NAVARRO, the cartoonist behind the SONAMBULO saga and the keeper of the prized CAPTAIN AMERICA sketchbook (if you ask him real nice, he'll show it to you!).

Also in the house: the AGIMAT ENTERTAINMENT crew, who now have a video game called SUGAR RUSH based on their SHADOW CANDY webcomic. 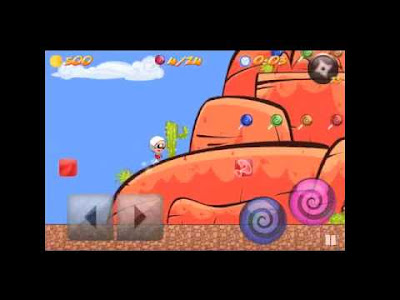 Many more cool folk will be there. We're optimistic but we're hoping to attract double the size of the crowd that will show up for the Lakers parade on Monday morning.

It's going to be a fun bunch of bananas so come down and hang out!
Posted by Greenblatt the Great! at 8:15 AM