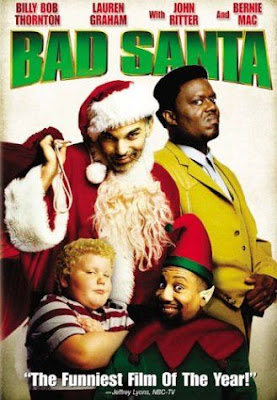 While this summer’s crop of films thus far (save for IRON MAN 2) seem to be a wash-out, here are my latest impressions on some not-so-current films that I just caught up with over the weekend.

HUSTLE AND FLOW – At the time, this got a lot of Oscar buzz. One of the songs on the soundtrack got an Academy Award, and I believe this performance (plus CRASH) was a breakout for Terrence Howard. This is one of those movies where the performances are better than the actual story. I thought everyone in it, from Howard (who is always solid) to Ludacris and the women playing the prostitutes were terrific. The story was so-so but good enough, as was the music. Not essential but not bad.

BAD SANTA – This comedy was a lot of fun. I was aware it had a cult following, and after recently seeing Billy Bob Thornton’s turn in the hilarious SCHOOL FOR SCOUNDRELS, I was eager to catch up with this one. Thornton has become the Mike Sekowsky of movies for me: I’ve gone from not liking him all that much to really digging him, especially when he plays kind of the Bill Murray role in these comedies. He at his best in these comedies over his dramas. Or at least he has had better material to work with on the comedies. Bernie Mac, who played with Terrence Howard in another movie I liked, PRIDE, is solid here as always. I always look forward to his roles when he’s in a film and once again, he shines. 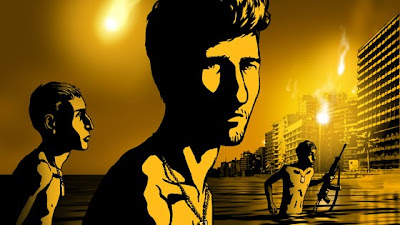 WALTZ WITH BASHIR – And now, let’s put on our serious faces…I liked but did not love this movie, an intelligent reflection on the complicated Lebanon War of 1982, which involved Israel and various Arab factions. It’s more documentary than feature, given that the movie brings to life interviews between the filmmaker and various fellow Israeli Army veterans of the Lebanon War. It was nominated for an Oscar in 2009, and while it may not have been great enough to win, it was certainly better than several of the feature films nominated that same year for an Academy Award. It’s a very good anti-war film and an ambitious project with an interesting message about memory and the traumas of war. I thought the graphic design on this (intentionally) limited animation film was outstanding, bold and stylish. (In an odd way, it kind of reminded me of those Gorillaz music videos.) Of course, the fractious Middle East situation is as relevant today as it was in 2008 as it was in 1982 (unfortunately, some things never change). I guess this movie fell a couple of notches short of hitting it out of the ballpark for me, but I thought it was overall interesting, worth watching and a very good, like reading a compelling graphic novel. More features should definitely be done in this style/manner.
Posted by Greenblatt the Great! at 12:44 PM