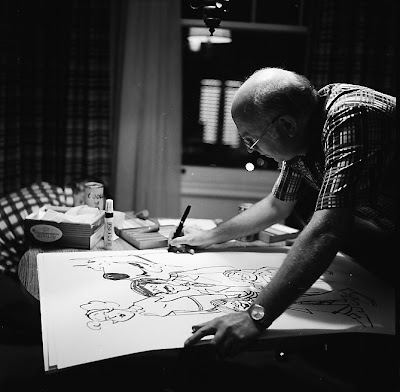 Not that I thought this was a quality film, but in a world where BEVERLY HILLS CHIHUAHUA, two GARFIELD movies and two ALVIN & THE CHIPMUNKS filcks made oodles of bucks with the live action/animation hybrid formula, why NOT MARMADUKE?

Who knows what sells and what doesn't anymore? In any case, I won't hold my breath for MARMADUKE II: BACK TO THE DOODOO.

The funniest (and dumbest) element of the MARMADUKE movie was that Owen Wilson, who played the dog owner of the similar big sloppy dog epic MARLEY AND ME now does the voice of the dog in MARMADUKE. What a queer move that was!

Speaking of dogs, the big dog, one of my all-time favorites, REDMAN, turns 40 today! Happy birthday, Funk Doc, you rock! 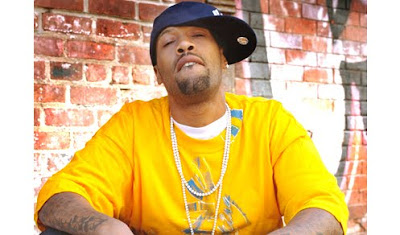 And tomorrow night on BEHIND THE MUSIC (VH-1), the almighty DMX will be profiled. "GRRRR! Where my dogs at? Arf! Arf!" 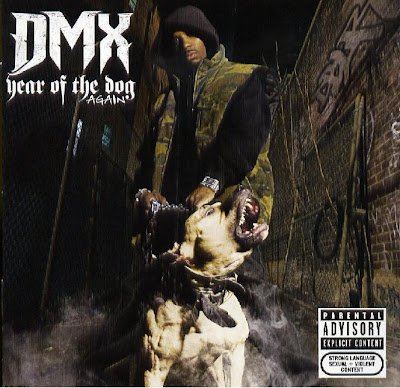 Up above is a shot of the MARMADUKE gag cartoon creator BRAD ANDERSON at San Diego Comic-Con in 1974! Little did he know while this photo was taken that his "classic" strip would inspire a flop 36 summers later.

Oh, fuck MARMADUKE, make mine HEATHCLIFF!
Posted by Greenblatt the Great! at 9:17 PM

Geek fact:
Did you know that Brad's brother Craig was an editor at Marvel Comics, from the late 80's to mid-90's? He guided Silver Surfer during the fun Ron Lim era of the title.

News to me, Nils! That's some "Radd" trivia.

And it also explains those scenes in which Silver Surfer would come home to be knocked to the floor by an overenthusiastic, slobbering Galactus!

You know which side-splitting comic they should make into a movie? FAMILY CIRCUS! It would be the greatest movie of all time!!