Get Him to the GEEKS! 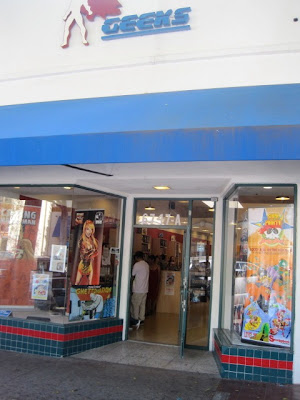 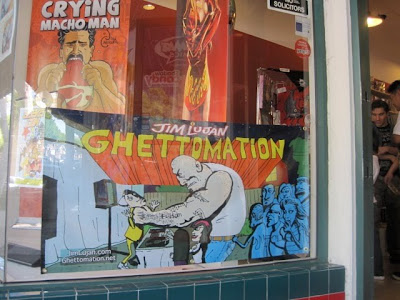 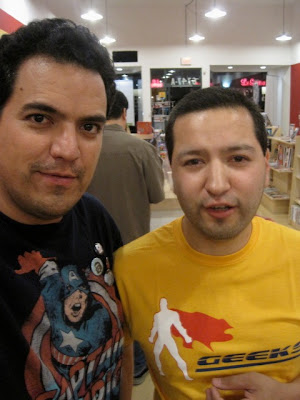 Jim Lujan and Geeks owner, our host, the one and only Sal! 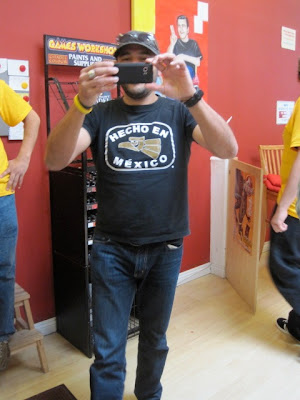 Jose displays the skills that got him nicknamed "Snapper" Carr-brera when he joined the Justice League. 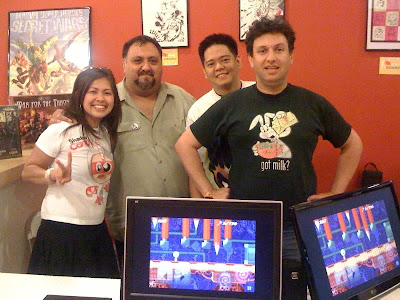 Next to the entrance, Agimat Entertainment was set up, and Adonna and Arvie hooked...I mean "introduced" legions of kids to SUGAR RUSH, the video game based on their SHADOW CANDY webcomic. (Meanwhile, Jav and I were introduced...I mean "hooked" on the bowl of Jelly Bellies at their table... 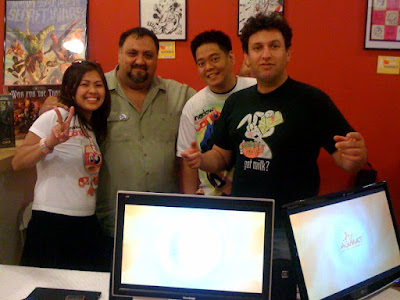 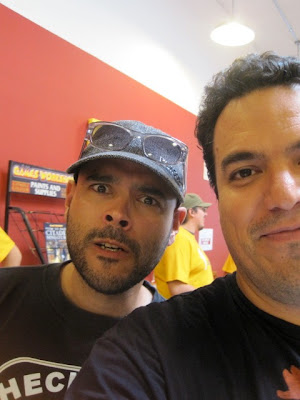 Jim challenges Jose to a "Make an Ape Face" contest, then only Jose competes. 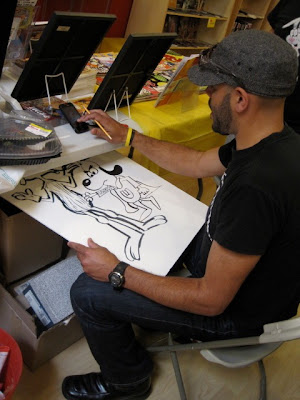 Here, Jose pretends that he drew Underdog after Jim did all of the heavy lifting. 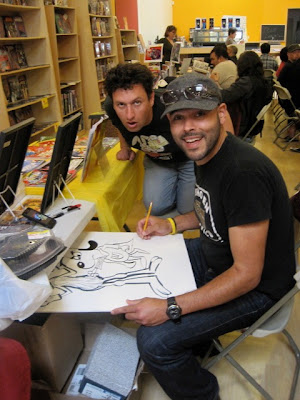 Jose shocks me with the bill for my half of the table: five bucks! 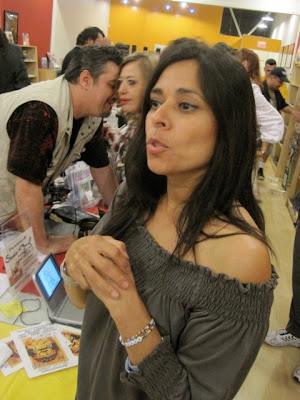 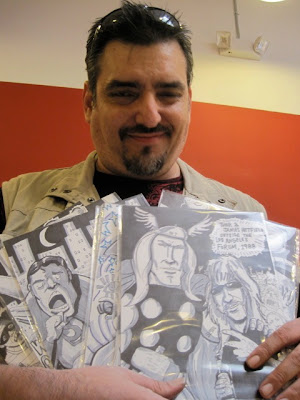 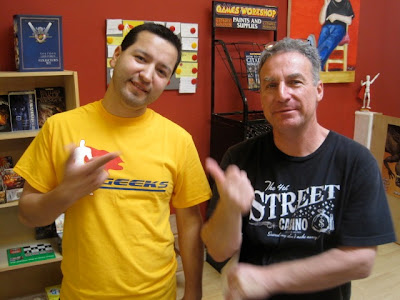 Sal and Will Will discuss politics, religion, and whether or not the pink Power Ranger was hot. 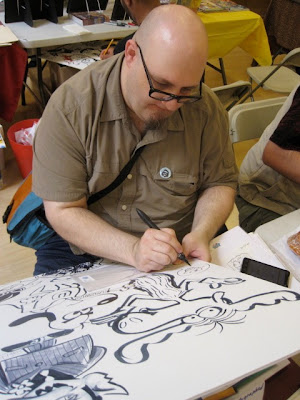 Sherm Cohen dropped by then left early after a 5-year-old asked him to draw Squidward making out with the old lady who owns Tweety and Sylvester. 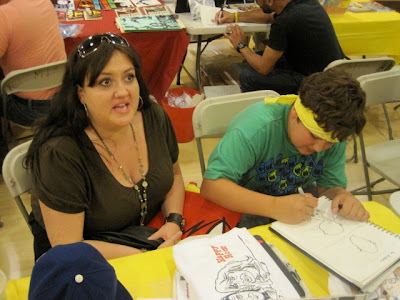 Superfan Andrew takes a breather after putting the "Con" in Geeks Con by doing some cosplay as the Fries from Aqua Teen Hunger Force. 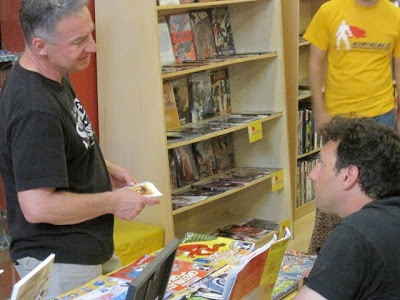 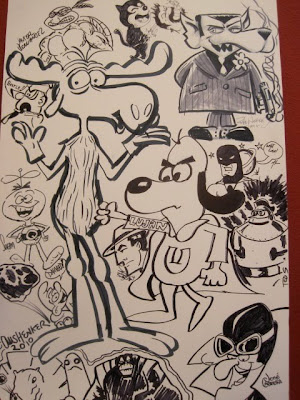 One of many pieces of jam art created throughout the day. Jim kept the momentum going by coming up with themes. I didn't get to contribute to the Marvel and Superman posters, but I drew a Phantom Stranger on the DC poster, and the Herculoids here. (Thanks, Jose, for lending me your etch-a-sketch with your drawing of Igoo, Gloop and Gleep as reference!)
Posted by Greenblatt the Great! at 7:01 PM

Michael, you're so nifty! Thanks for dragging me around the store looking for inspiration for my comic!