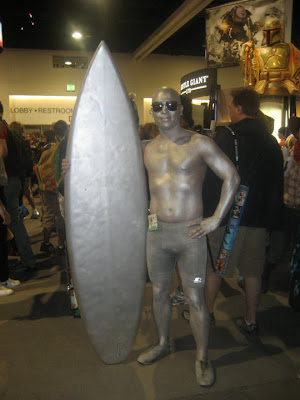 This just in from brand new super-fan Cassandra Sio....With her camera, she adeptly fills in the blanks on my last posting about SD Comic-Con by delivering the goods: she happened to snap a shot of that baldy Silver Surfer that me and my friends, Alex and Geneva, saw roaming the streets of San Diego outside the convention center (not only on the way in but on the way out, too - on the same day! This poor man's Surfer came around like Haley's Comet, dude!) Thanks, Cassandra, for posting this photo.....and the ones below.
In part one from the files of superfan Cassandra, Cassandra stopped by my table (S-11) to pick up a smokin' hot GUMBY'S GANG STARRING POKEY, in which I drew her a Pokey. 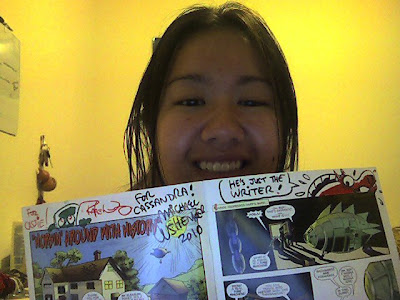 I then sent her over to #2206 to get a Gumby drawing from POKEY artist Raf Navarro, and he not only signs up her copy, he takes it one notch higher, drawing her a full-on Gumby sketch. That's Raf for ya! I asked her to come back to prove that her mission was accomplished, but the winds of Comic-Con took her elsewhere, thus my confirmation was never received....until now, thanks to the magic of the Internet! 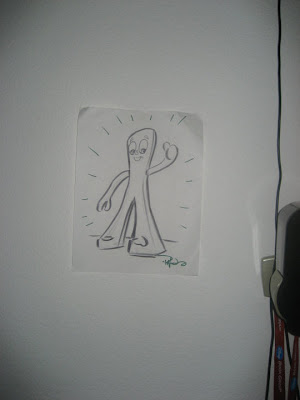 Nice work, Agent Sio! Mission accomplished! And you get a raise for the Silver Surfer shot (thank goodness we didn't spot the poor man's Galactus, the thought of which makes me shudder!)