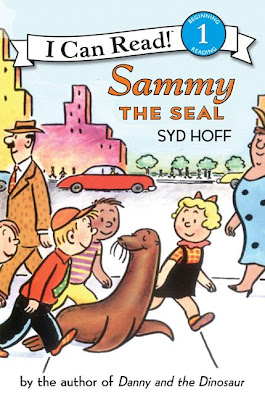 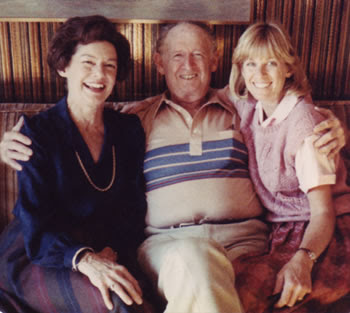 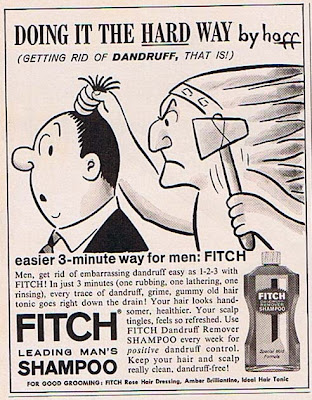 Here's the first really fun article I ever wrote. It was on SYD HOFF, the great cartoonist and children's book author (DANNY AND THE DINOSAUR, ALBERT THE ALBATROSS, OLIVER, JULIUS, etc., etc. etc.).

Signing Hoff…
The Creator of Danny and the Dinosaur and
other Children’s Book Classics Asks “Where’s Prancer?”

If you have children or friend with children, chances are you have come across Syd Hoff, the author and illustrator who, over a 40 year stretch, has produced some of our most enduring children’s books.

One reason Hoff, 85, has been around for so long has to do with the antic quality of his drawing – pleasing, economical pen-and-ink illustrations textured with monochromatic color. Another reason is, no doubt, related to the ideas and themes that his Jewish subconscious has projected into a plethora of whimsical adventures that reach out both to children and parent alike. These colorful yarns usually follow certain Hoffian conventions – the displaced animal or human outcast, wandering through and alienating, if benign, society, looking for a friend, a home, or a way home. Often times, the central character is shunned by the people or animals of his new environment – politely informed that he is unwanted – until the insouciant misfit performs an act that endears him to society and leads to his acceptance and happiness. Ultimately, Hoff’s books are thinly disguised celebrations of the individual triumphing over the conventional masses in devil-may-care fashion – finding love, purpose, and a place in the world.

In the case of “Stanley,” the story of a caveman kicked out of his clan for being too gentle, the book was published in 1962, at the height of “The Flintstones” prime-time popularity. But despite superficial similarities, Hoff most likely had another famous caveman in the back of his mind. “I think I must’ve subconsciously observed the humor in “The Flintstones,” Hoff told the Journal. “Prior to that, there was a comic strip with a caveman called “Alley Oop.” You try to subconsciously absorb something from everything (that you come across).” In fact, Hoff has publicly credited his grandmother’s eccentricity for instilling in him his flair for fantasy and penchant for exotic animal characters. After all, she owned a pet parrot and would routinely feed it blintzes, gefilte fish, matzo balls, and other homemade confections.

Born in the Bronx in 1912, Hoff grew up following the exploits of his favorite newspaper funnies. Strips like “Barney Google,” “Happy Hooligan” and cartoonists like Harry Hershfield and a sports cartoonist Thomas Alluewishes Dorgan (known by the initials T.A.D.), all had an impact on the young artist.

But Hoff’s first brush with his artistic destiny came when Milt Gross, a famous cartoonist best known for “Dave’s Delicatessen” and “Count Screwloose,” singled him out while visiting a Morris High School assembly.

Recalls Hoff, “We were friends for as long as he lived (until he died in the fifties).”

By his mid teens, Hoff began training at the prestigious National Academy of Design. However by 1931, at the age of 18, Hoff gave up any pretensions of becoming a fine artist when he sold his first gag cartoon to The New Yorker. He instantly detoured into a multi-decade stint supplying gag cartoons to the magazine, as well as other periodicals like Collier’s, The Saturday Evening Post, Esquire, and Liberty. According to Hoff, New Yorker founding editor Harold Ross – “a brilliant man” raised in Aspen, Colorado with decidedly conservative, Puritanical values –most likely hired him to reach Jewish readers.

“With Ross’s editing, my characters became more and more Jewish,” Hoff related to a Florida paper. “Sometimes they would even change a caption to give it a real Jewish accent. They had a Jewish jeweler saying, ‘It’s solid golt.’ This would never happen today.”

Hoff often drew upon his predominantly Jewish immigrant environment for inspiration.
“I was trying to be realistic, capturing the people that I lived among. All my neighbors, all my friends, my parents.”

Within these exquisitely – rendered single-panel comics, Hoff quickly mastered the fine art of lampooning the tensions between the sexes and the classes in Urban American. This was all before Hoff’s career took yet another direction in 1958 with the sale of Danny and the Dinosaur (the good-natured exploits of a boy who befriends a museum dinosaur) to Harper & Row (now HarperCollins). Perhaps his seminal creation, “Danny” has its origin in a turbulent time in Hoff’s life, when his daughter, Susan, was convalescing following hip surgery.

“I drew a picture that I hoped would take her mind off her crutches,” he once wrote in an autobiographical sketch. “…my conception of a prehistoric creature, with my brother as a boy, sitting on its back.”

Susan’s enthusiasm inspired Hoff that night to cultivate the project that would establish his name and his fortune in the children’s book industry. Since then, the prolific Hoff has written and/or illustrated over 200 children’s books, all while maintaining a 20 year secondary career as a syndicated cartoonist, working well through the early 80’s on newspaper comics like Laugh it Off and Tuffy. He also tours extensively across the country, visiting grade schools on what he calls “chalk talks.”

Since his wife of 57 years, Dora “Dutch” Berman passed away in 1994 following open-heart surgery, Hoff has picked up the pace on his production schedule, recently completing two sequels to his most well-known work, Danny and the Dinosaur.” And while “Danny” may be Hoff’s called card (over 10 million copies sold to date), it certainly is not the author’s only classic –Julius (1959), Sammy the Seal (1959), Oliver (1960), Albert the Albatross (1961, and Grizzwold (1963) are just a few of his familiar titles.

Ask any gorilla, elephant, walrus, or bear, and they will most likely concur that of all the American Jews who have contributed to the advancement of the children’s book art form, Syd Hoff is the most American. For Dr. Seuss wore the crown as clown prince of surrealist verse, approaching Yiddish with his nonsensical cadences; Shel Silverstein lent a Talmudic wisdom to his gentle parables of life and longing; and when the Reys fled from Nazi-occupied France on a bicycle, the couple not only smuggled with them the manuscript for Curious George but also a European sensibility and sophistication that informed their work.

Syd Hoff’s work, on the other hand, has always conveyed a quintessential Americana of the 40’s and 50’s –clean, bold minimalism in text and art; cartoon idioms; whimsical characters set loose in generic cityscapes, populated by vaguely ethnic citizens and bulbous cars –all hallmarks of a tradition Hoff cultivated during his early years as a top-dollar gag cartoonist. Despite the sketchier line and flatter colors prevalent in his most recent books, Hoff’s winning artwork has been amazingly consistent over the years –a stability and quality that has directly linked the children of the 60’s to the kids of the ‘90’s.

But those deep-sea diving for hidden meaning in Hoff’s fish-out-of-water themes will not extract them from the author. Hoff is particularly elusive when the conversation turns to an analysis of his work. Concludes Hoff, “I’m just trying to be amusing or entertaining. Make the kids laugh. That’s about all.”

Reprinted with permission: The Jewish Journal – December 26, 1997. (www.JewishJournal.com). No part of this article may be reprinted without permission. 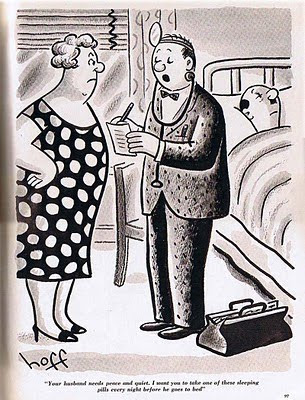 Syd was a terrific interview and he sent me a terrific letter of appreciation for writing this article. I'll never forget the experience, one of the best I've enjoyed in all of my adventures in journalism.
Posted by Greenblatt the Great! at 12:14 AM