Alec Baldwin has the right idea.... 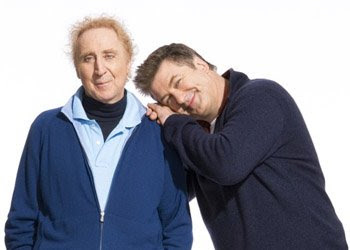 This from a promo for the one-hour interview show ROLE MODELS, on TCM, Saturday, July 18, 4 PM.

GENE WILDER is a comic acting genius. Most people know that from all of the Mel Brooks movies he's done, which are classics (THE PRODUCERS, BLAZING SADDLES, YOUNG FRANKENSTEIN). But he also played in EVERYTHING YOU WANTED TO KNOW ABOUT SEX (the best of the segments in the Woody Allen anthology), WILLY WONKA (of course) and two of the funniest films, which he wrote and directed himself, the underrated THE ADVENTURES OF SHERLOCK HOLMES' SMARTER BROTHER (w/Madeline Kahn, Marty Feldman and Dom DeLuise) and WORLD'S GREATEST LOVER (again with Dom DeLuise), two forays into absurdism that approaches the best of Brooks' stuff. 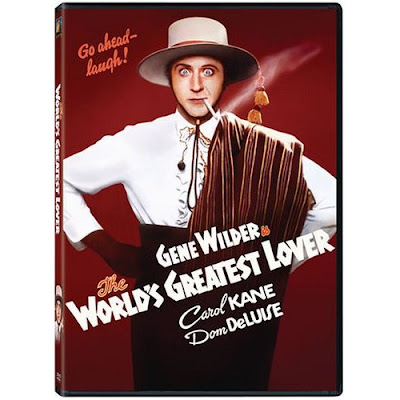 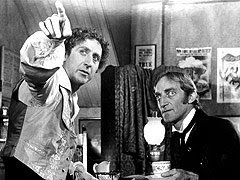 If you haven't seen the latter films, which I don't think ever really caught on, They come highly recommended, especially SHERLOCK HOLMES ("Hop! Hop...!")
Posted by Greenblatt the Great! at 7:47 AM

This was an excellent Baldwin/Wilder chat I saw on TCM last year. I enjoyed the retired-from-acting Wilder's stories about filming Silver Streak with Pryor and the motivation for Young Frankenstein ("Rage at my first wife").