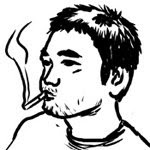 Cartoonist LONNIE ALLEN is a man of mystery to me. I’ve never really known him very well and I still don’t. I don’t think I’ve seen him more than once at conventions. I know he’s married and lives somewhere in the Denver area.
But I do know he’s a terrific cartoonist. That’s probably enough information, for his work speaks for itself.
My introduction to his work was “The Cheerleader & Other Stories.” He’s done some very absorbing slice-of-life, short-story fiction as part of the Denver posse SquidWorks, which is how I met him, through head tentacle STAN YAN, the subject of my second interview on this blog.
Lonnie kind of operates on a low-key, low-fi kind of way, releasing projects when he can. I really enjoy the ones in which he both writes and draws his comics the most (he also collaborates with other artists). “The Boxer” -- http://www.squidworks.com/Allen/boxer/preview.pdf -- is another great Allen release. He’s also once parodied Frank Miller and he recently wrote “Crazy Asian Girl: Attack of the Woo Woo White People,” with art by John Peters. As Stan can tell you, I’m always looking forward to his next one. I don’t think there’s a SD Comic-Con that goes by where I don’t shakedown Stan for the latest Lonnie Allen publication.
Give it a look-see. You can find Lonnie’s work at http://www.squidworks.com/allen.html

****What’s it like to be part of a cartoonist scene as one of the tentacles in Denver’s SquidWorks?

1) It's been amazing, especially since it's been around for so long. I've seen a huge number of cartoonists move through and some who've stayed. They have come from all walks of life, many with their own unique visions and ideas of and for the comics medium, and it just keeps going and going. I've stepped back my presence a little recently with Squid Works, but I know for a fact, it'll always be around. It's very much the premiere comic group in Denver, and I've always felt honored to be a part of it. Imagine having a clubhouse with your friends that never ends! 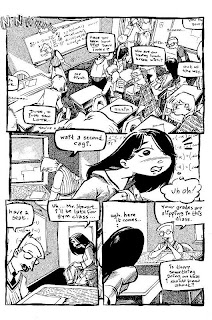 Which of your work do you consider your greatest achievement to date?

****2) Easily "Tell Tale Signs," a comic that I made entirely out of graphic signs. It was a different way of thinking about comics, and what a comic is. I think the approach and idea were are my unique contribution to the medium. 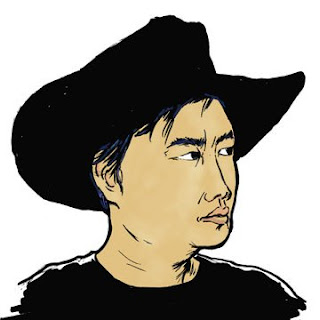 ****How do you approach your work?

3) I think of most things as a writer would, meaning storytelling techniques, plot, and characterization, and I usually approach comics first with a story as the foundation. However, I've love drawing. I studied fine arts in college and focused on painting. I love both aspects, and it's why I love comics so much because it employs both (when well done) harmoniously. 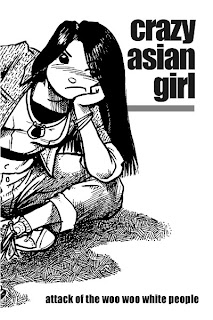 ****If you suddenly became a billionaire off of your mini-comics (three quarters at a time) and you could hire any famous actress to do your gardening, whom would you choose?

4) Hooo! First of all, even if I'm a billionaire, I wouldn't have a mansion. I'd prefer a party studio for me and all my comic friends to work and play in. And as far as that super-hot actress, cartoonist girls are way hotter!
Posted by Greenblatt the Great! at 11:28 AM