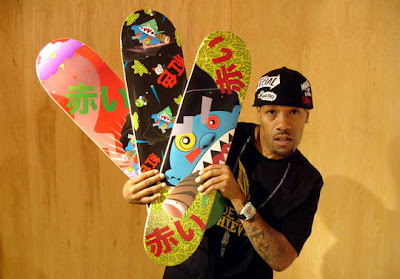 Where the hell is that new Redman album? I believe it's called REGGIE or REGGIE NOBLE and it was supposed to drop on May 4, but like many recent projects with Redman on it (RED GONE WILD, BLACKOUT 2), it's delayed up the wazoo. (I'm assuming by his record label, Def Jam, and if that's a case, what a whopping lack of respect for a top drawer musician!)

BLACKOUT 2 was pretty sweet, not too far in quality from the original BLACKOUT. It was that good. I'd say a solid B + to BLACKOUT's A+.

That label has become a ghost of its former self. It used to be the cutting edge label, back when you had the Beastie Boys, LL Cool J, Public Enemy and EPMD going on (plus Run-DMC by blood relations). Even in the '90s you had DMX and Jay-Z there. And now? WHO THE HELL KNOWS?!?! Do I dare call it "wack?" Do I dare suggest that we pretend they're based in Phoenix and boycott their molasses asses!

But at least put out the damn Redman album already! Like right about nnnnnoooooooooooooow!
Posted by Greenblatt the Great! at 9:03 AM