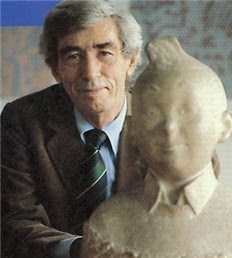 TINTIN creator Herge would've been 103 today, so I hear.

The TINTIN books have definitely been a flashpoint of debate, controversy and criticism over the years, but as a kid devouring comics, I was oblivious to all that. My Mom used to bring home an album or two whenever she traveled to France to visit relatives, and as a pre-teen, I'd spend hours emulating Herge's tropes in my own work.

Regardless Herge's political views or associations, there's no denying the power and the influence on comicdom worldwide of those great TINTIN books. It's a shame having to sound so defensive (people often are, due to some of the stereotypical looking characters in his books) because the TINTIN books are classics and among the best comics I've ever read. Herge was certainly a master and a genius in his field, and his influence endures to this day, including in the work of one of my favorite cartoonists, Norway's Jason. 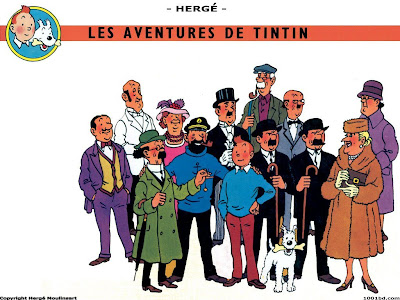 Posted by Greenblatt the Great! at 8:31 AM